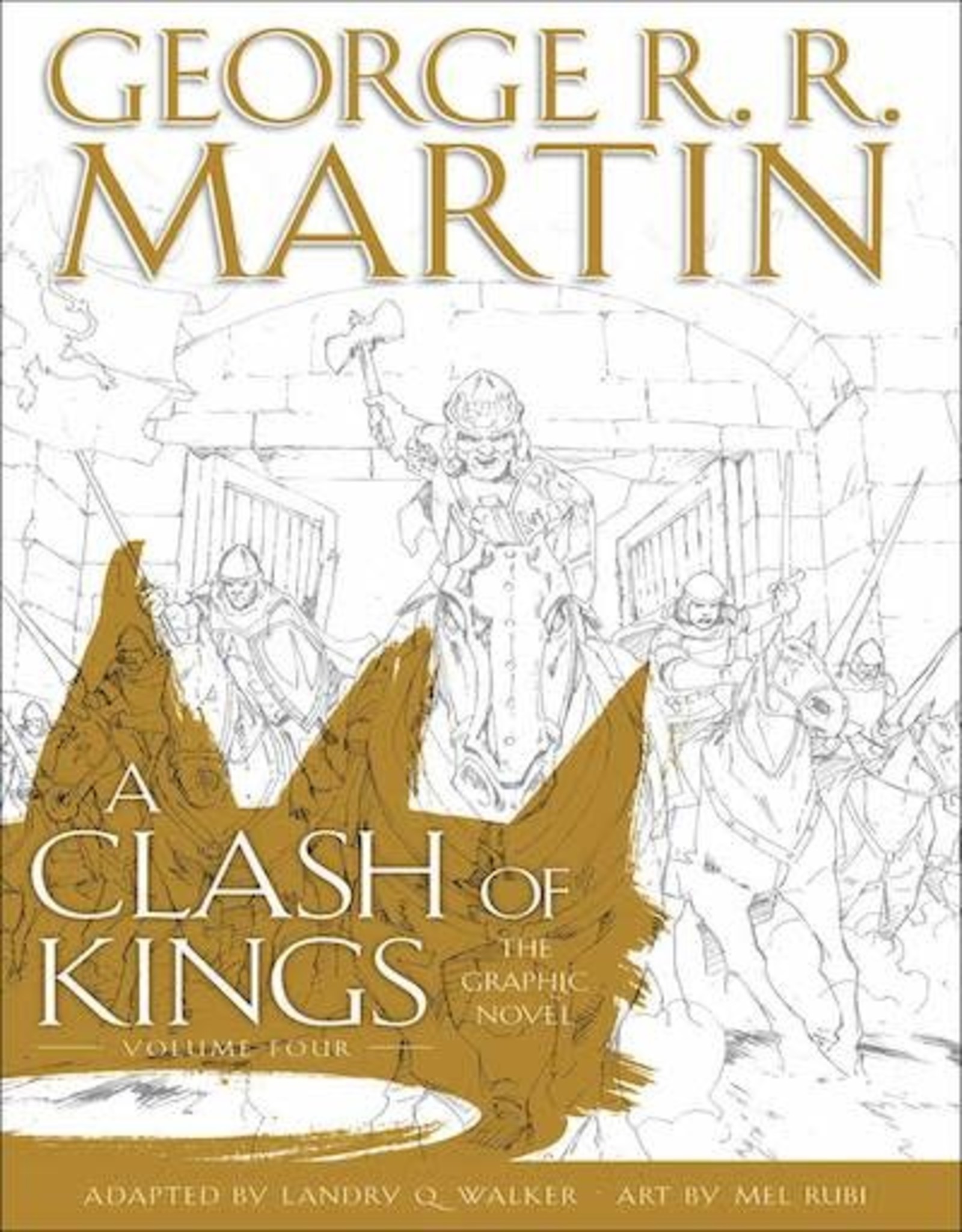 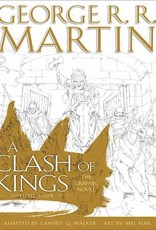 (W) George R. R. Martin, Landry Quinn Walker (A/CA) Mel Rubi
The fourth and final volume of the full-color graphic novel adaptation of the second book in George R. R. Martin's landmark Song of Ice and Fire series. Simmering tensions finally reach their explosive conclusion. Dany leaves Qarth with her dragons while Theon finds himself the uneasy lord of Winterfell, though his treatment of Bran and Rickon causes their grief-stricken mother to take precipitous action which could change the course of the war. Beyond the Wall, Qhorin Halfhand's band of scouts-Jon Snow included-prepares to face Mance Rayder's army, while in King's Landing one of the most iconic battles ever is about to unfold, pitting Tyrion's wit against Stannis's determination. For when kings clash, all the land pays the price.