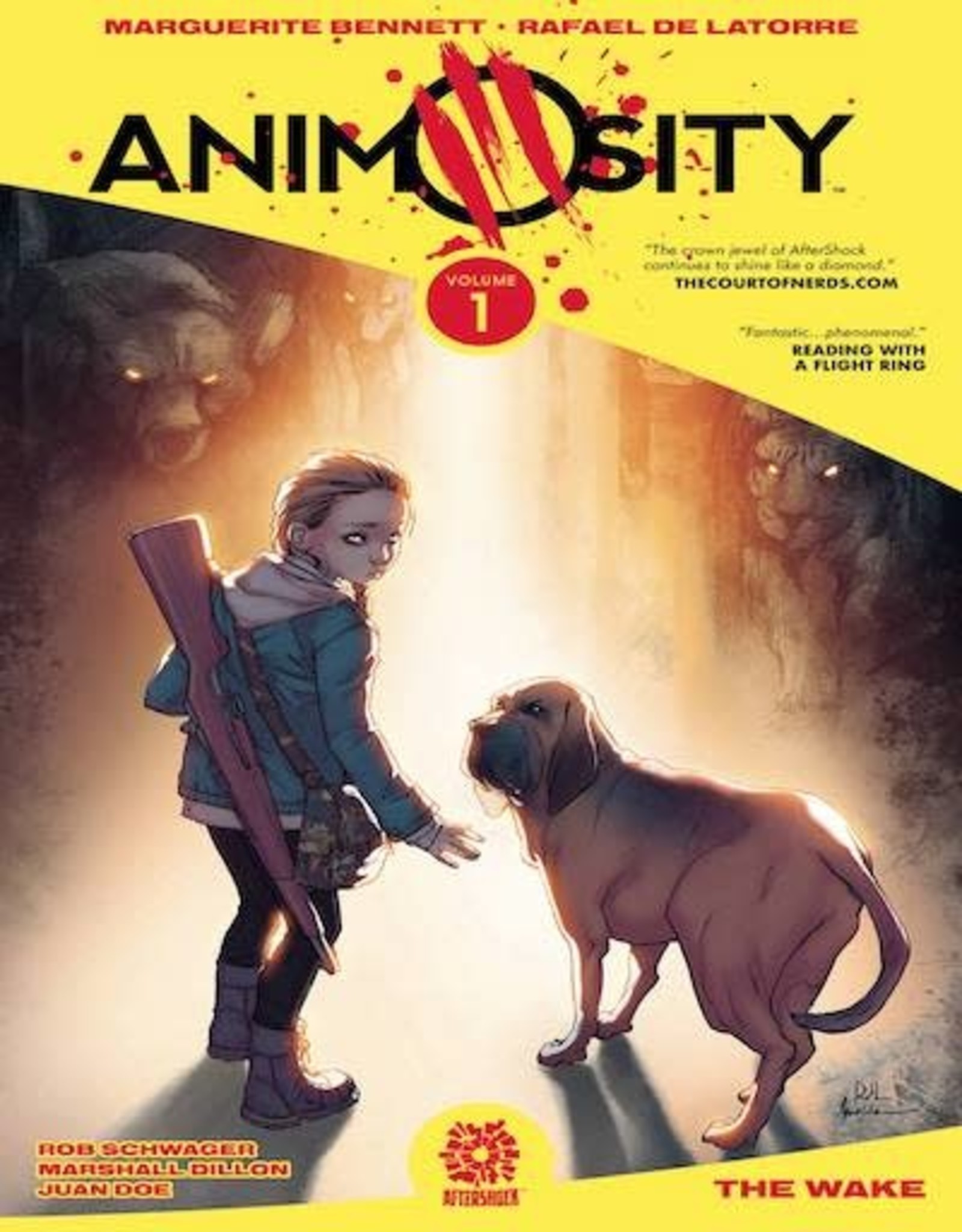 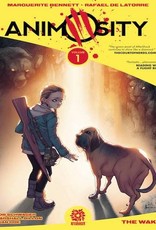 (W) Marguerite Bennett (A) Rafael De Latorre, Juan Doe (CA) Rafael De Latorre
One day, for no reason, the Animals woke up. They started thinking. They started talking. They started taking REVENGE. Collecting the first four issues of the best-selling series, plus the special one-shot issue ANIMOSITY: THE RISE. The world is plunged into chaos as the newly-intelligent Animals fight humanity, and simply fight each other, for their own life, liberty, and pursuit of happiness. In the midst of the turmoil is Jesse, an 11-year-old girl, and her dog, Sandor, who is devoted to her and her protection. One year after the incident, Jesse and Sandor begin a cross-country journey to find Jesse's half-brother, Adam, who is living in San Francisco. Don't miss out on this fantastic first collection of the series EVERYONE is talking about!