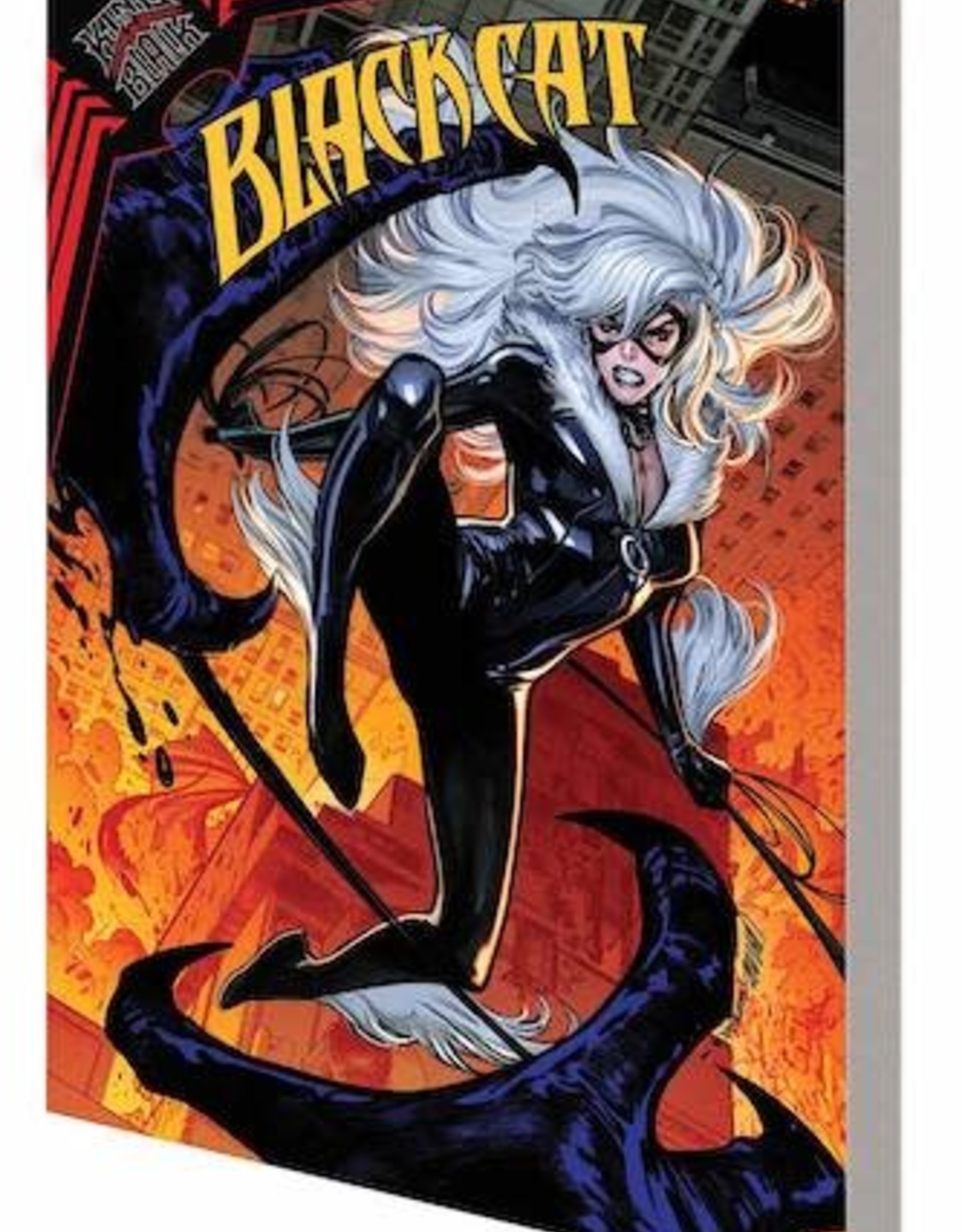 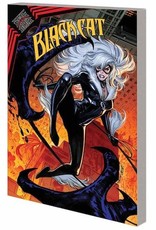 (W) Jed MacKay (A) C.F. Villa, More (CA) Pepe Larraz
Felicia Hardy is back for a classic game of cat and...symbiote? Knull's attack on Earth interrupts the Black Cat's latest heist, and if you know Felicia, you know that's a problem. So the Black Cat and her crew aim to steal something of great value - both to Knull and to Earth's hope of survival! But Felicia never shows up inappropriately dressed - and you won't believe it when the Black Cat gets her own Anti-Venom costume! As Felicia adds to her bag of tricks, some of her upgrades may last beyond Knull's invasion - and could come in handy in a feline fracas with...Queen Cat? Plus: the Black Fox has been sending Felicia and her crew to steal items from all corners of the Marvel Universe - but why? Prepare to find out at last! Collecting BLACK CAT (2020) #1-4, material from X-MEN: TO SERVE AND PROTECT (2011) #4.
Rated T+