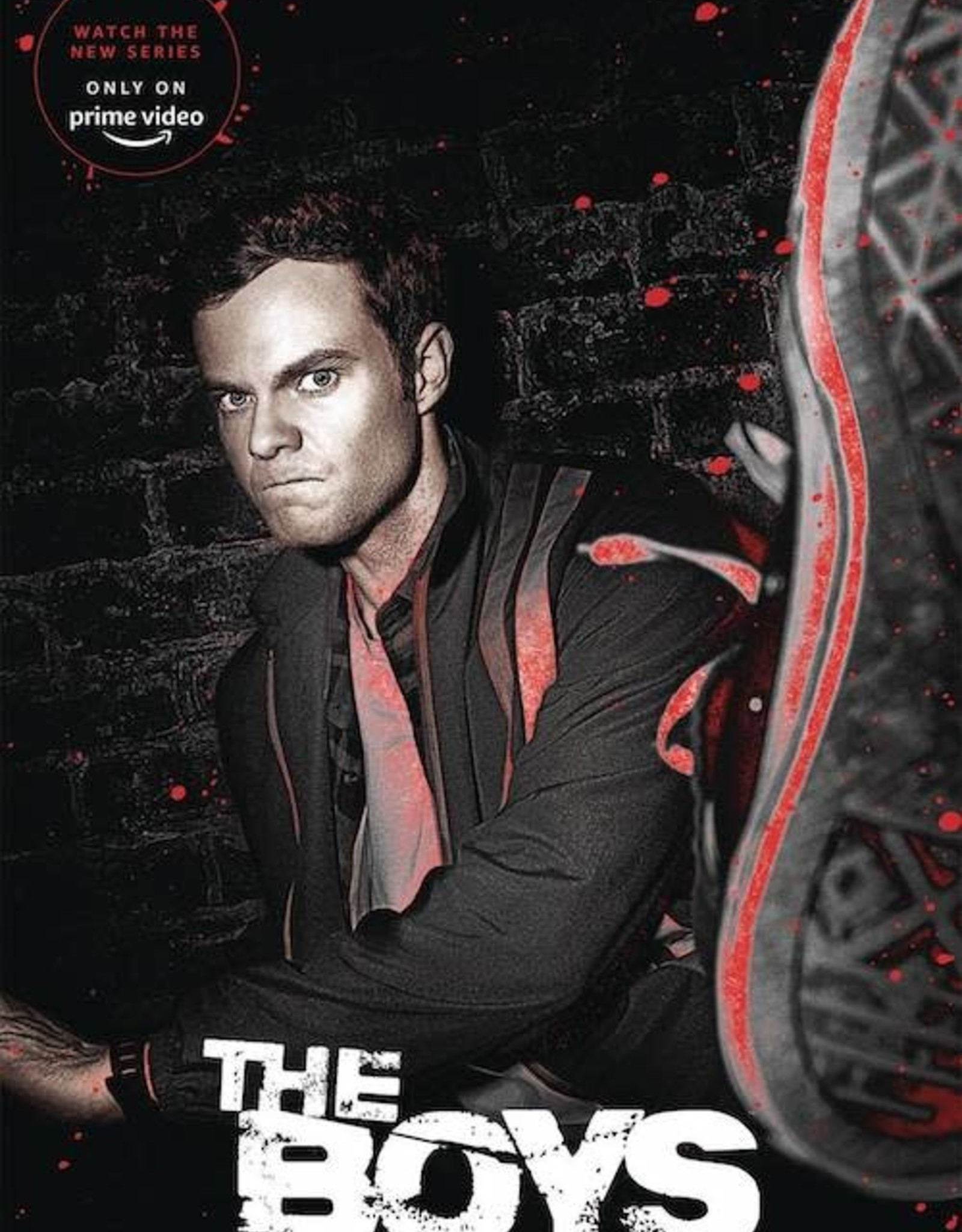 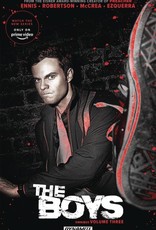 (W) Garth Ennis (A) Darick Robertson (CA) Photo
An evil so profound it threatens all mankind! The mightiest heroes on the planet uniting to defend us all! A secret crisis of such utter finality that a countdown to civil or infiite war seems unavoidable! But have you ever wordered what really happens during Crossovers? The Seven, Payback, Teenage Kix, Fantastico, and every other superhero on Earth team up for an annual event like no other - and where the superheroes go, can a certain "five complications and a dog" be far behind? But as fun and games begin, it seems our heroes have set their sights on bigger game than usual.
You can only maim and murder so many superheroes before someone decides to do something about it, and in The Boys' case that means Payback - a superteam of unimaginable power, second only to the mighty Seven. Pulping teenage supes is one thing, but how will our heroes fare against Soldier Boy, Mind-Droid, Swatto, the Crimson Countess, and the Nazi juggernaut known as Stormfront? Blood flies and bones shatter, as Butcher and company meet fire with fire. Includes both volumes 5 & 6 of this acclaimed series in one volume.
This edition features a photo cover based on the new Amazon Prime television series starring Karl Urban and Elizabeth Shue.