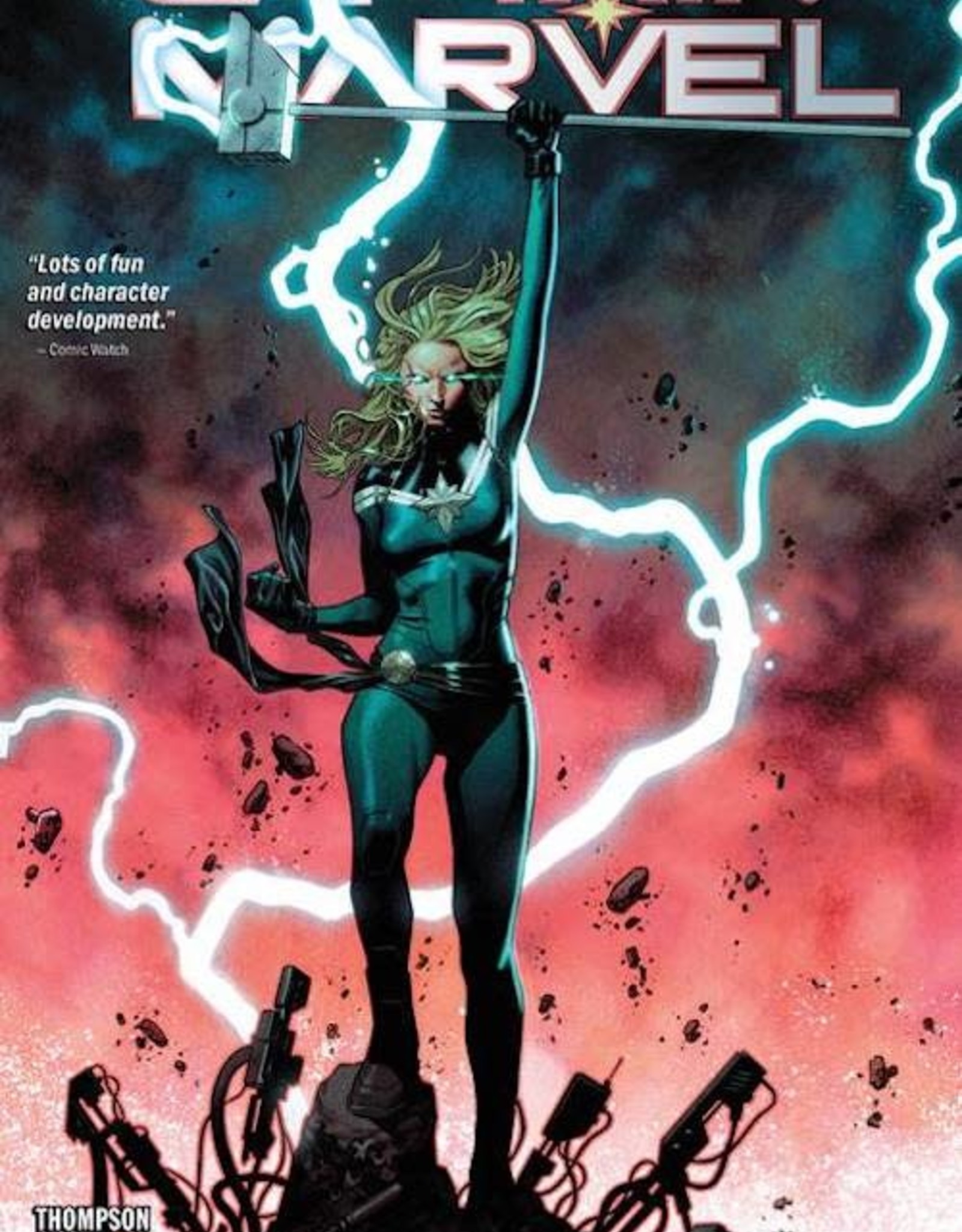 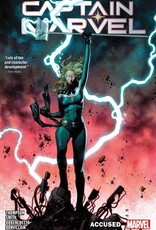 (W) Kelly Thompson (A) Francesco Manna, Cory Smith (CA) Jorge Molina
The end of an era! It's poker night at Casa Danvers with Wolverine, Monica Rambeau, Spider-Woman, Hazmat, Jessica Jones and Ms. Marvel all in the game! But the fun ends as a cosmic conflict breaks out. And when EMPYRE unites the Kree and the Skrulls, Captain Marvel takes on a bold new role - as the Supreme Accuser, wielding the Universal Weapon! Carol has become Emperor Hulkling's swift and necessary hammer of justice - but when she's tasked to accuse a renegade soldier responsible for heinous crimes, she finds herself torn between two worlds! Carol recruits some of her staunchest allies to help bring down the hammer of justice! But with the end of a war, Captain Marvel must make a choice that will define her life - and the lives of those closest to her! Collecting CAPTAIN MARVEL (2019) #17-21.
112 PGS./Rated T+