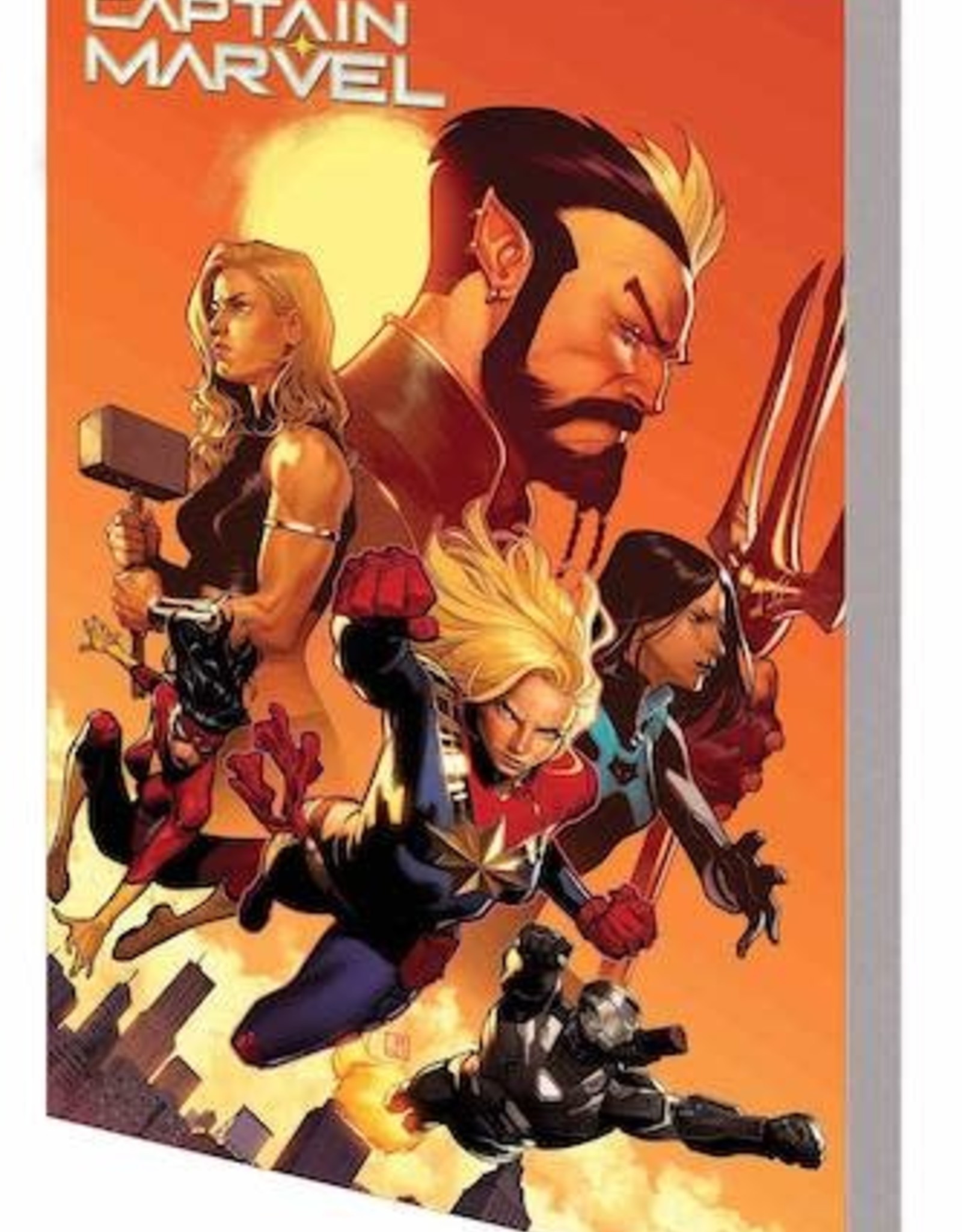 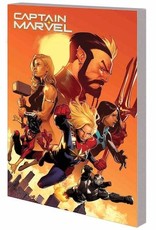 (W) Kelly Thompson (A) Lee Garbett, Belen Ortega (CA) Jorge Molina
A threat unlike any that Captain Marvel has ever known! Carol Danvers has been stolen away to a far future. All her mightiest allies are gone, and the enemy she faces has only grown stronger with time. As the secrets behind Ove and his stronghold are revealed, Captain Marvel and her team of old and new friends are dramatically outgunned. Meanwhile, the mysteries surrounding how and why Carol got here begin to reveal themselves - and they're not what anyone expected! Prepare for a no-holds-barred fight against a mad king for the fate of this strange world - but will saving the future mean sacrificing Captain Marvel's only chance to go home? Collecting CAPTAIN MARVEL (2019) #22-26.
Rated T+