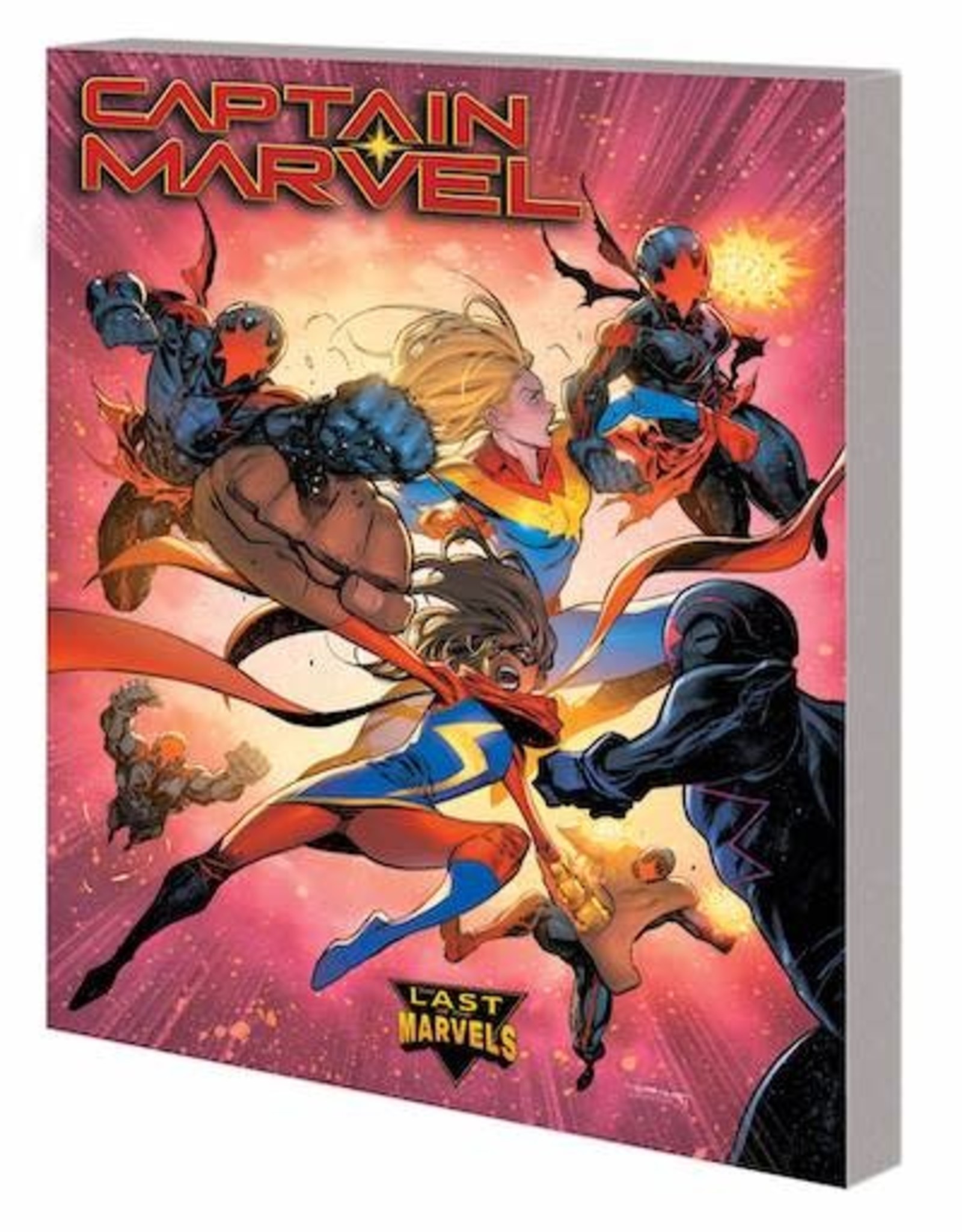 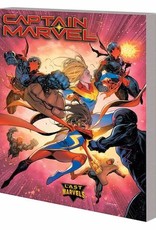 (W) Kelly Thompson (A) Takeshi Miyazawa, Sergio Fernandez Davila (CA) Iban Coello
Vacation - all she never wanted! Carol Danvers and Jim Rhodes have rekindled their relationship (and their travel plans!) just in time to get a distress call from Carol's half sister - Lauri-Ell, the Kree Accuser - that sends the couple on a bit of a detour. And for a trip to outer space, they'll need to pack much more than just their swimsuits! An old darkness has re-emerged - one that almost brought the Avengers to their knees not so long ago. A twisted Captain Marvel is once again terrorizing the galaxy! And this time it's not Carol Danvers... we're almost sure. But where is Vox Supreme? Prepare for a thrilling fight to save the legacy of Captain Marvel - featuring the Avengers, the Guardians of the Galaxy and Carol's fellow Marvels! Collecting CAPTAIN MARVEL (2019) #31-36.