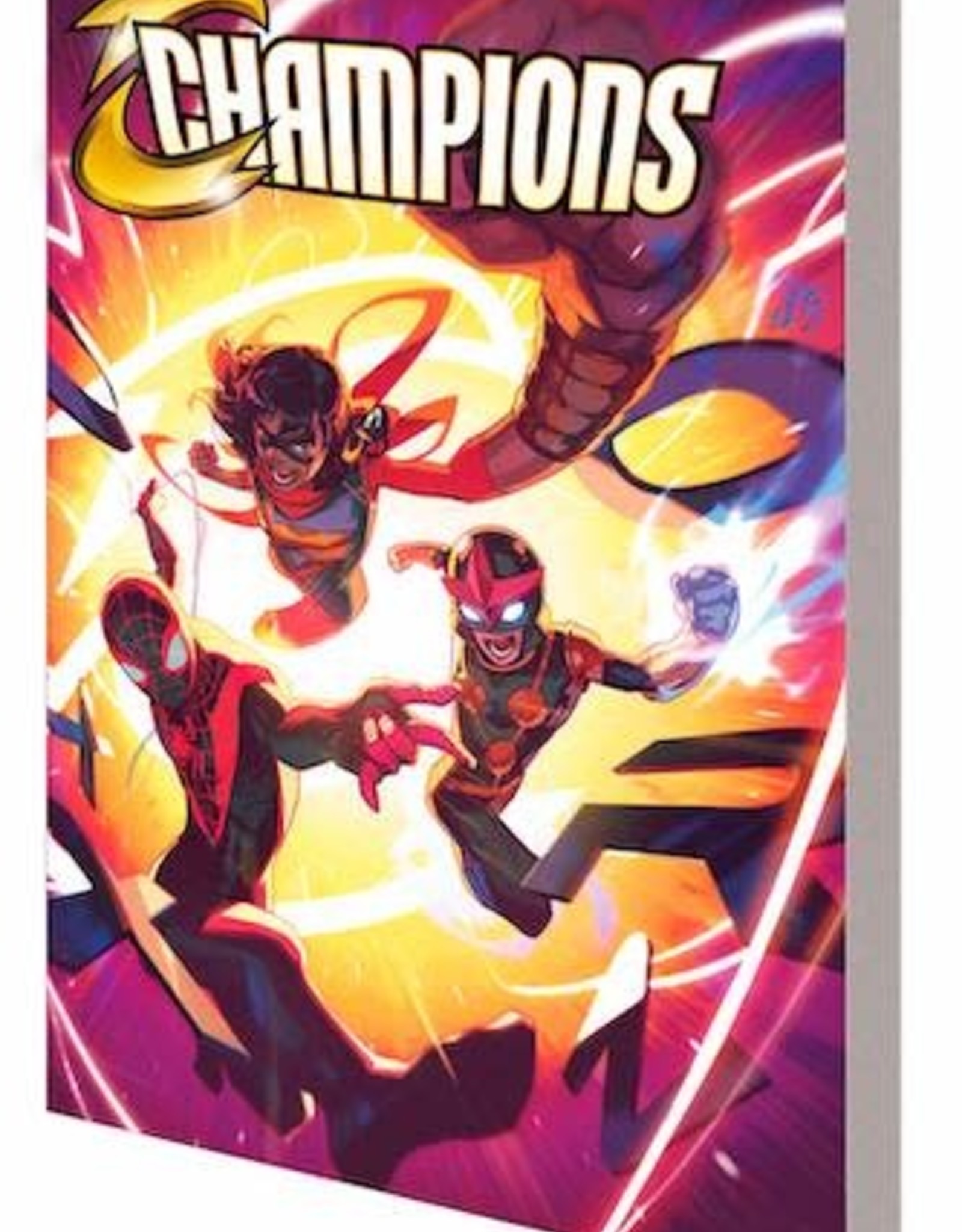 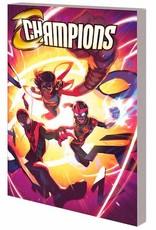 (W) Danny Lore (A) Luciano Vecchio (CA) Toni Infante
Can the Champions wage war on a trend? The Champions tried fighting fair. Now it's time to fight dirty. The sinister corporation Roxxon is cheating the system to try to keep Kamala's Law on the books, so the Champions' only option is to infiltrate the company and take it down from the inside! Who will become Roxxon's newest interns? Meanwhile, Roxxon's wildly popular app continues turning public perception against teen super heroes. In order to earn the trust of their cutthroat supervisors, the undercover Champions will have to deliver the company an unwilling spokesperson: Kamala Khan herself! What will it take for Ms. Marvel to agree to become the face of a company and a law that she hates? And how dirty will the team's hands get before all this is over? Collecting CHAMPIONS (2020) #6-10.
Rated T+