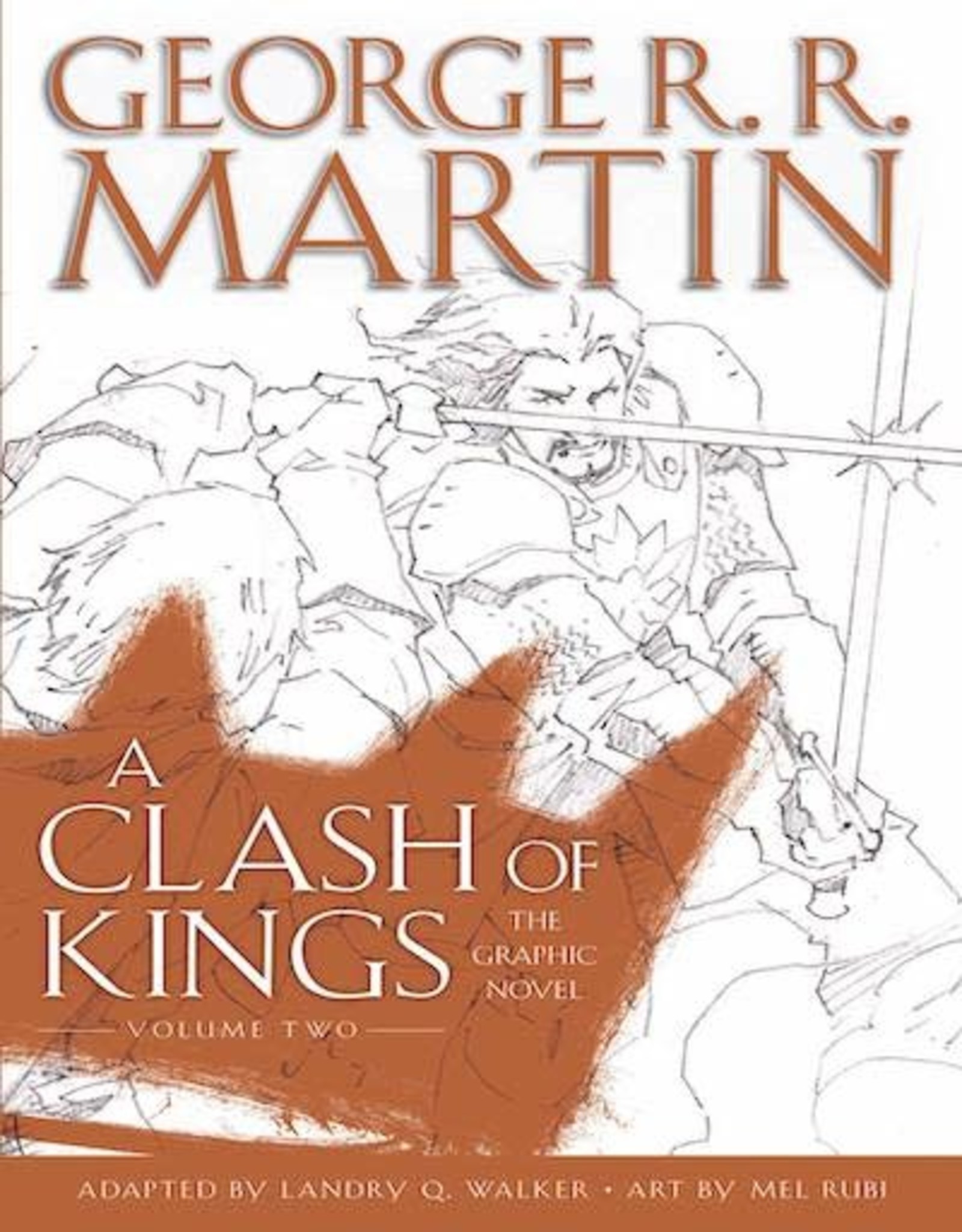 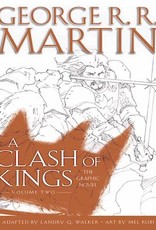 (W) George R. R. Martin, Landry Quinn Walker (A/CA) Mel Rubi
Tensions rise as a divided kingdom falters in this third volume of a full-color graphic novel adaptation of the second book in George R. R. Martin's landmark Song of Ice and Fire series. In the south, Renly is dead at his brother's hand, but even as Stannis seeks a way to subdue Renly's hold of Storm's End, Tywin Lannister continues his march toward King's Landing, harried by the forces of Robb Stark and Edmure Tully. As Robb wins victory after victory, his sister Arya finds her own small way to turn the tides against the Lannister forces from her secret place inside Harrenhal-while back at Winterfell, their brother Bran is about to discover the true meaning of his prophetic dreams. Meanwhile, beyond the Wall, Jon Snow is chosen for a very special mission, and in sun-drenched Qarth, Daenerys Targaryen enters the House of the Undying.