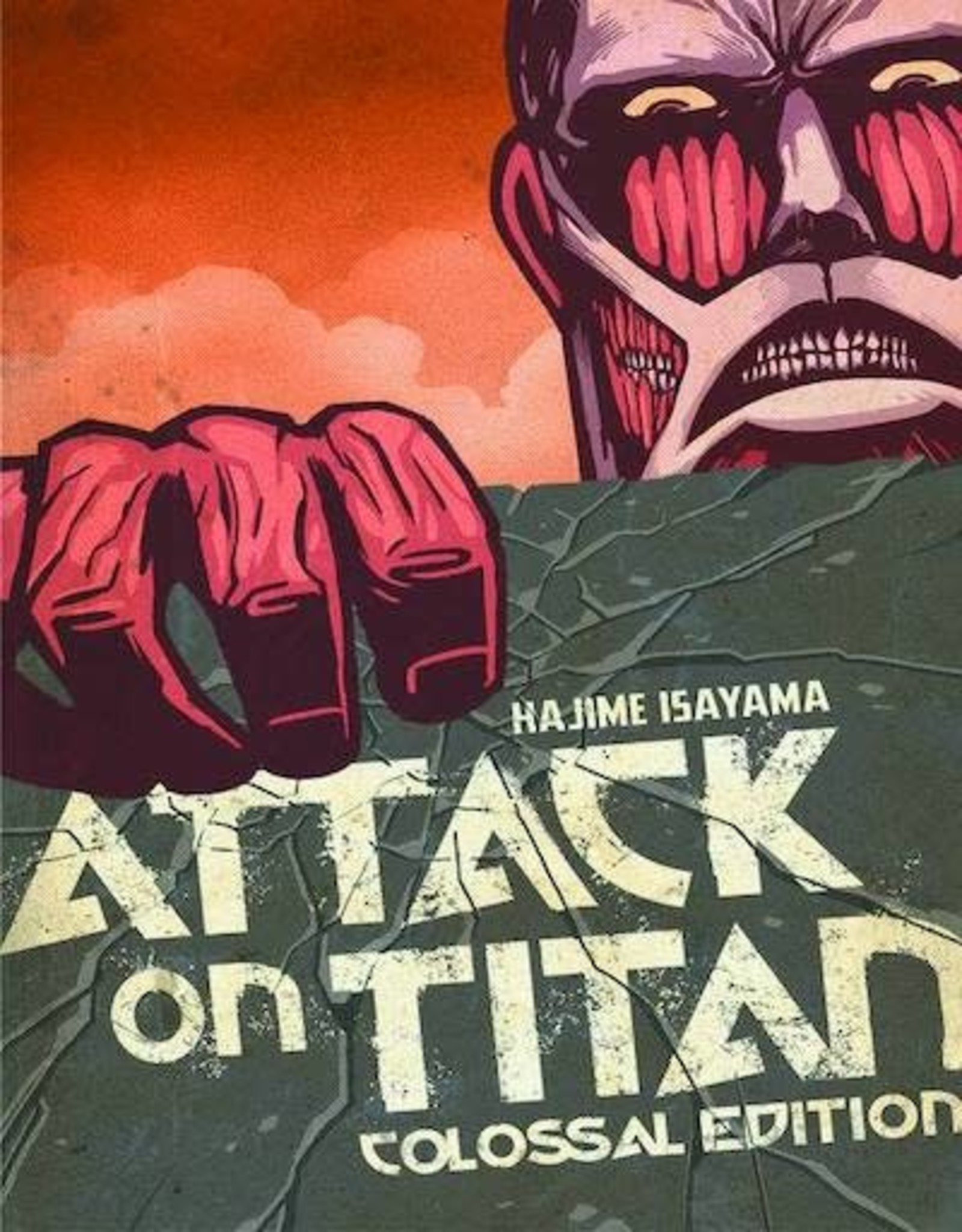 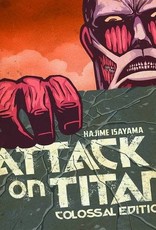 (W/A/CA) Isayama Hajime
Attack on Titan: Colossal Edition is an oversized collection of the Attack on Titan manga series! Humanity has been devastated by the bizarre, giant humanoids known as the Titans. Little is known about where they came from or why they are bent on consuming humanity. For the past century, what's left of mankind has hidden in a giant, three-walled city. People believe their 100-meter-high walls will protect them from the Titans, which are 10 to 20 meters tall. But the sudden appearance of an immense Titan is about to change everything. Weighing in at a massive 960 pages and collecting five volumes each, the Colossal Edition contains the same material as the original volumes, but the story is printed bigger and on higher-quality paper.