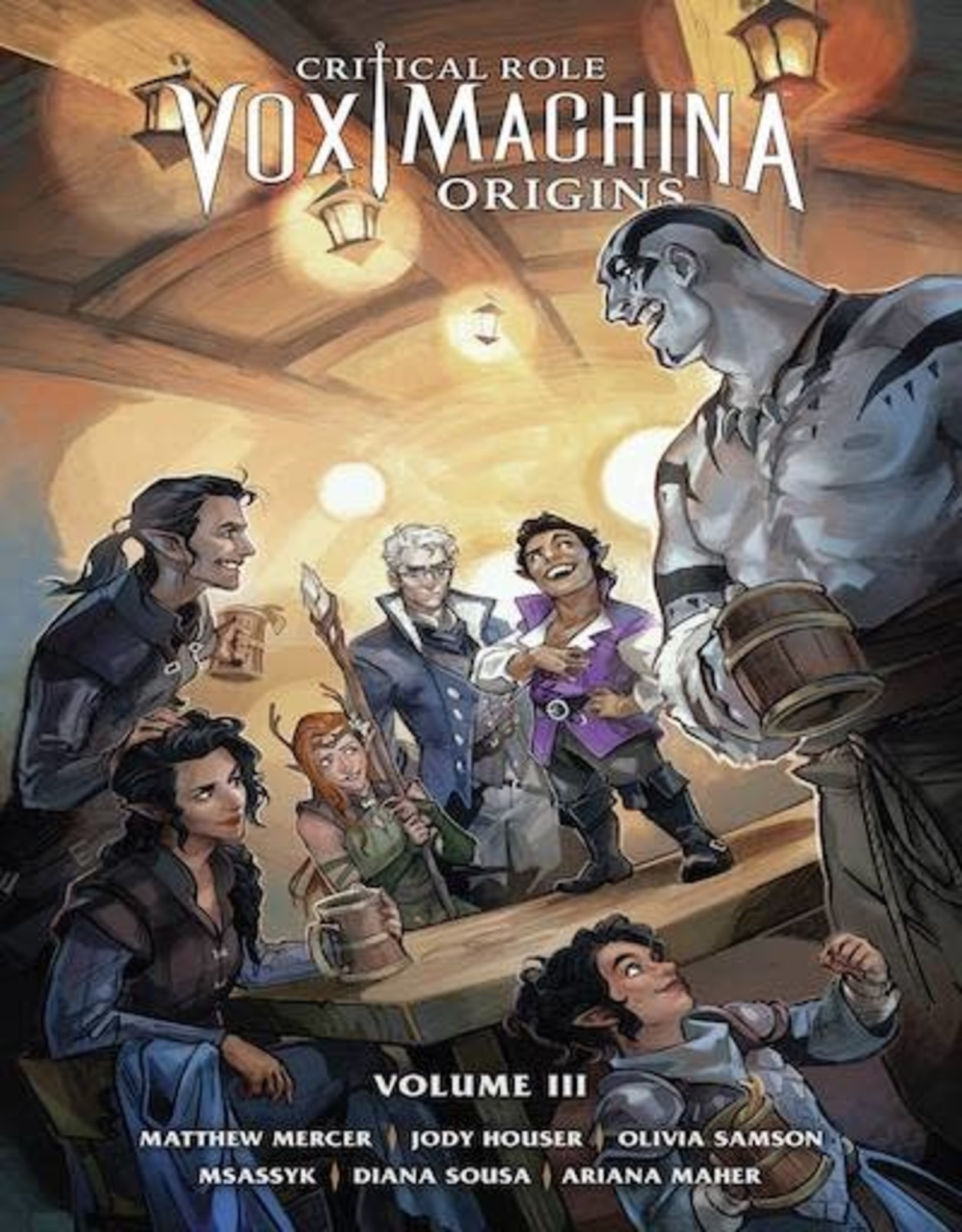 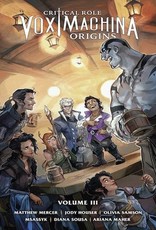 (W) Jody Houser, Matthew Mercer (A) Olivia Samson (CA) Minttu Hynninen
Vox Machina enjoy a week in Westruun's lap of luxury leading up to the Winter's Crest Festival. But that costs coin, which has a bad habit of running out, so they join an underground fighting ring and bash their way to cash. Unfortunately, their ring-fighting turns out to be just a warm-up for a cold reality when a mysterious attack on Winter's Crest festivities leaves the whole town magically frozen-including one of their own. Vox Machina will have to save the day again, against a much bigger foe than they first realized! Collects issues #1-#6 of Vox Machina Origins III.