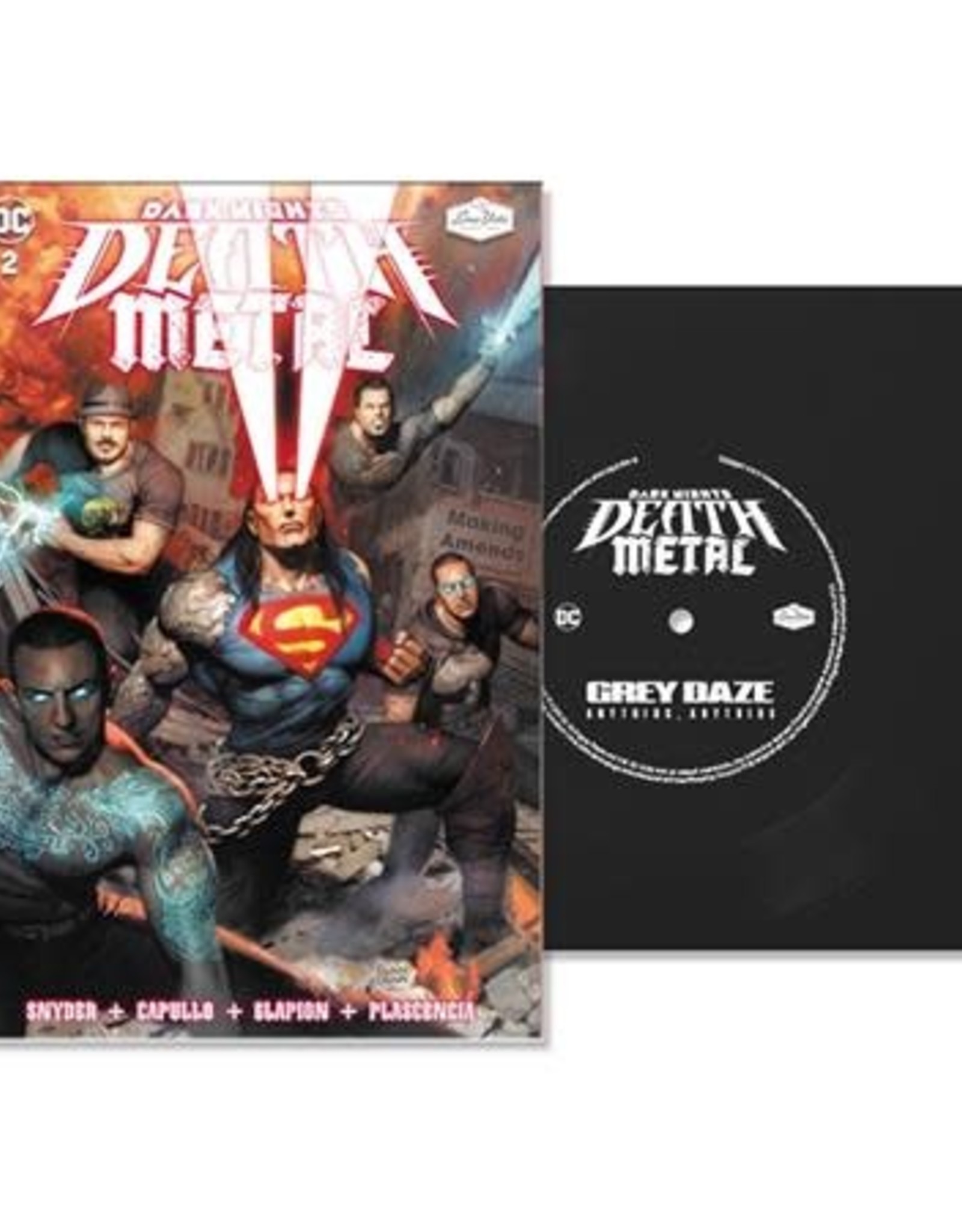 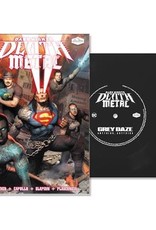 (W) Scott Snyder (A) Greg Capullo (CA) Ryan Brown
This special edition of the second issue of Dark Nights: Death Metal features an all-new cover by Ryan Brown that showcases Superman with the members of the band Grey Daze and comes with a flexidisc of the track "Anything, Anthing."
Get ready to scream! Wonder Woman roars across the horrifying Dark Multiverse landscape in the world’s most nightmarish monster truck, with Swamp Thing riding shotgun! The two arrive at the ghoulish cemetery base of Batman and his army of zombies, but can the former friends stand each other long enough to form a plan and take back the planet? (Plus, what’s Lobo doing in space?) Don’t miss the second chapter of the wildest ride in the DC Universe, from the epic team of writer Scott Snyder and artist Greg Capullo!