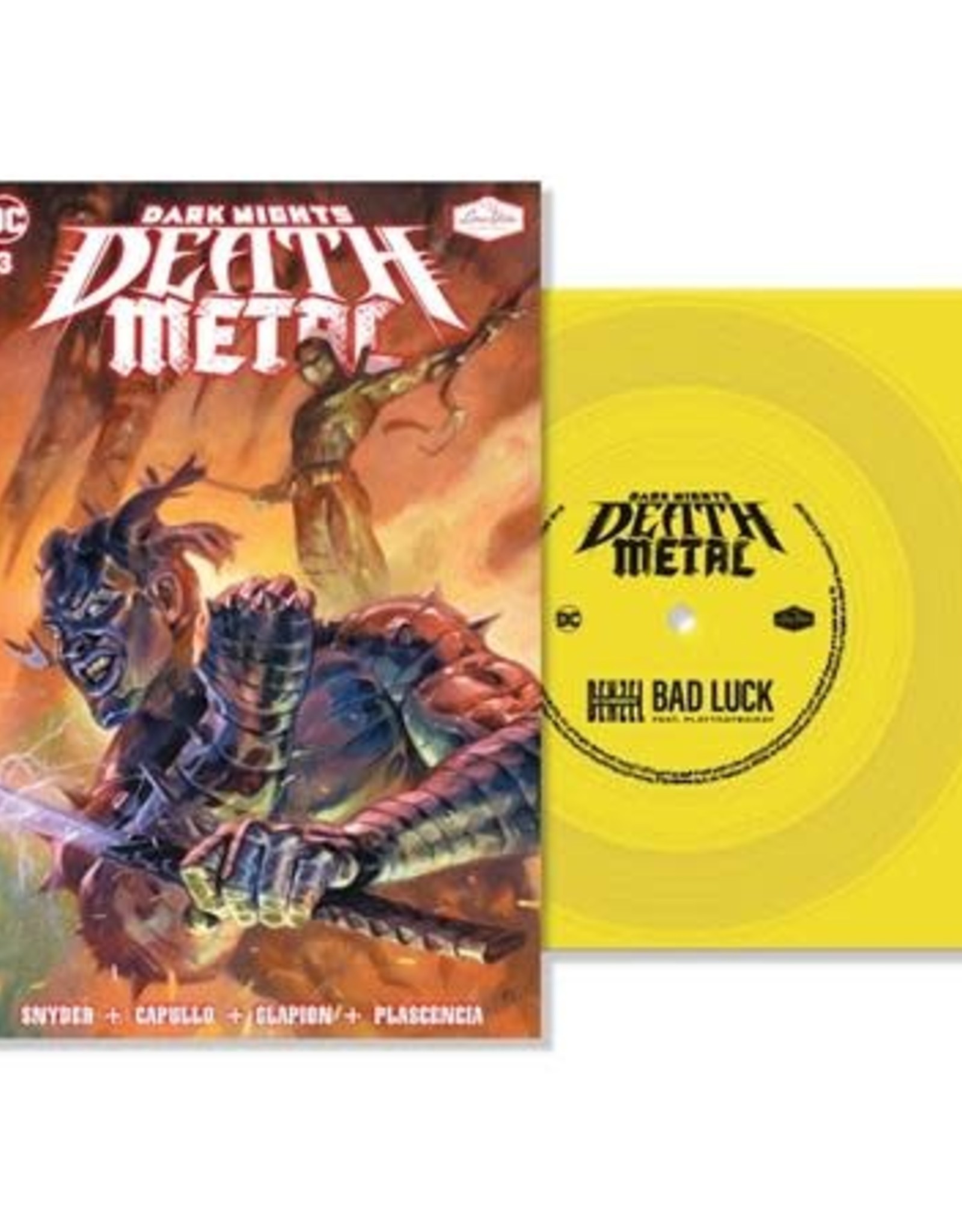 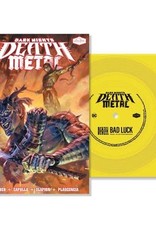 (W) Scott Snyder (A) Greg Capullo (CA) Kai Carpenter
This special edition of the third issue of Dark Nights: Death Metal features an all-new cover by Kai Carpenter that showcases Deathstroke with Denzel Curry and comes with a flexi single of the track: Bad Luck from the upcoming Dark Nights: Death Metal Soundtrack produced by Tyler Bates.
All aboard! When the Justice League launches its assault on New Apokolips, the team’s goal is to free Superman from his solar prison. But it’s all going off the rails when they learn that the Man of Steel is gone for good thanks to the Anti-Life Equation. Plus, the deep secret of the Darkest Knight is revealed–but how much darker could the Batman Who Laughs possibly get? And don’t miss the surprise return of everyone’s favorite wannabe Robin!