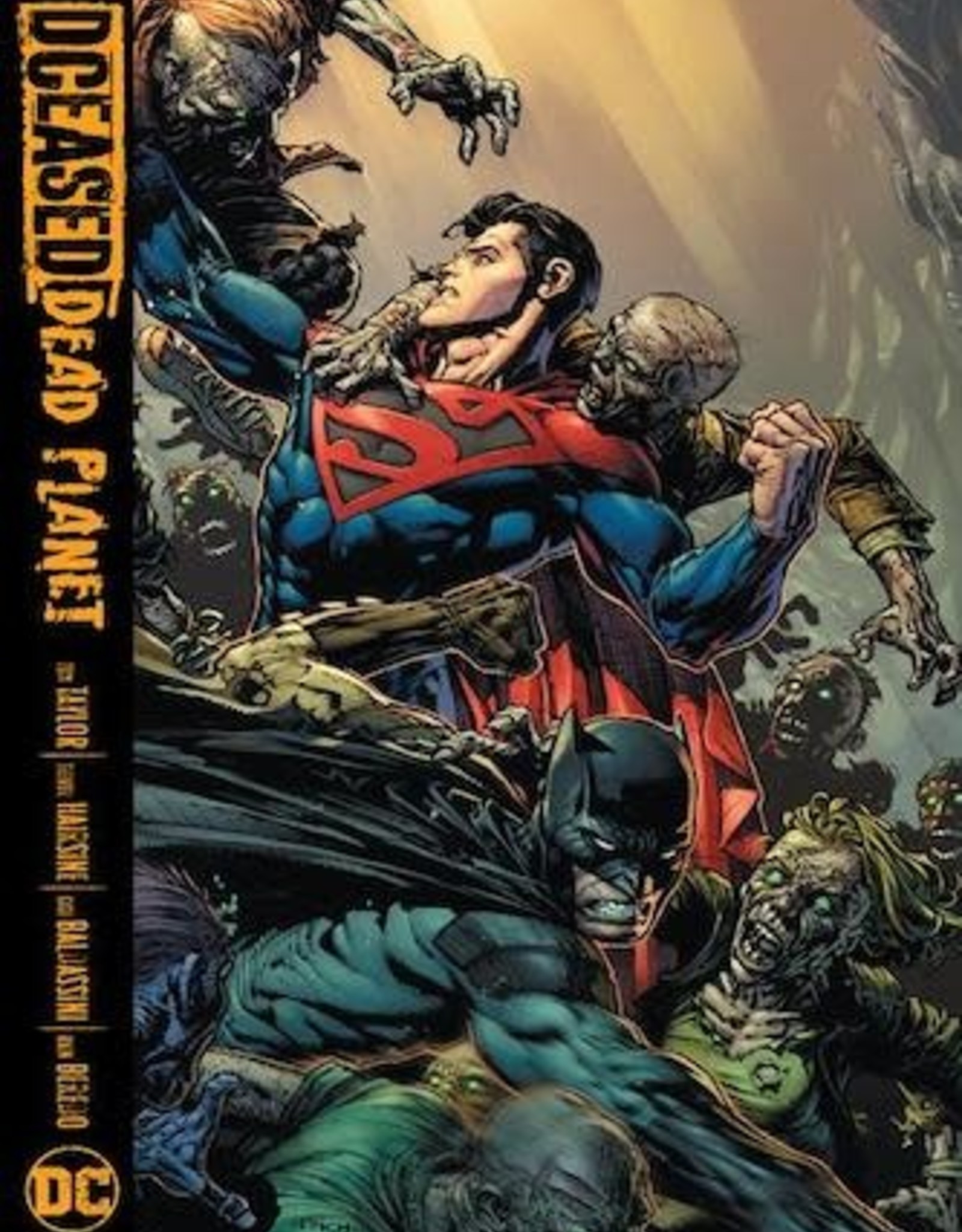 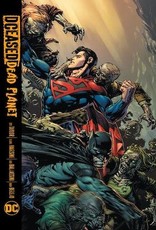 (W) Tom Taylor (A) Trevor Hairsine, Stefano Gaudiano, Gigi Baldassini (CA) David Finch
The end of the world was just the beginning! After a corrupted Anti-Life Equation turned billions into monsters—including the World’s Greatest Heroes—our planet was as good as dead. Years later, a distress call brings Damian Wayne, Jon Kent, and Cassie Sandsmark—the Batman, Superman, and Wonder Woman of Earth-2—back to a dead planet...but what will this new Justice League find waiting for them? If life still exists on Earth, who—or—what—is lying in wait for these heroes? But it isn’t just the anti-living our heroes have to worry about, because John Constantine, Swamp Thing, and Zatanna are about to discover another evil growing...Collects DCeased: Dead Planet #1-7.