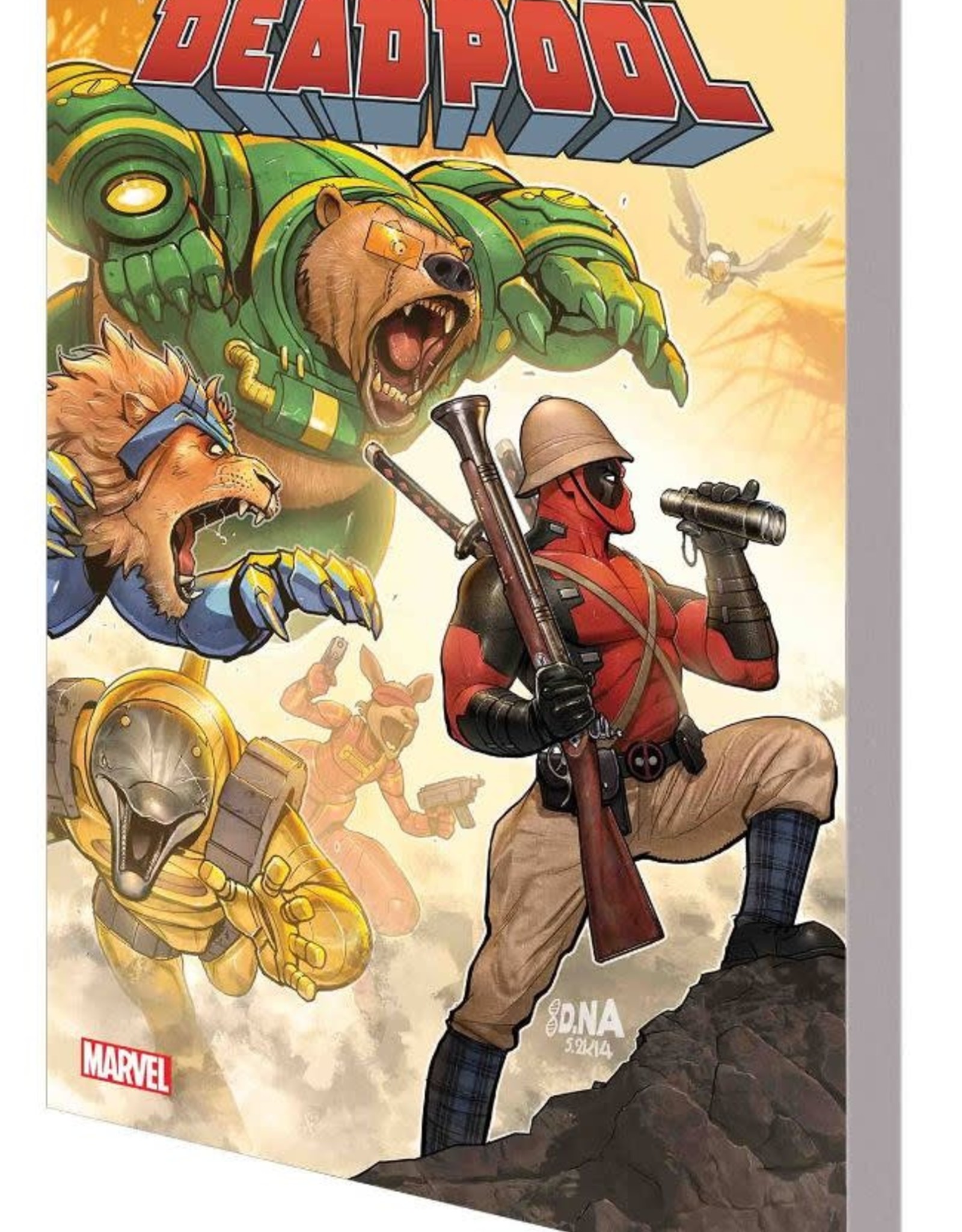 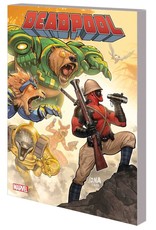 War! What is it good for? Deadpool! And these are his very best combat classics! Dig into Wade Wilson's take on Sun Tzu's Art of War, the definitive work on military strategy. (What? It's totally in the public domain, and ripe for being ripped off!) Then, get the real story behind 1984's MARVEL SUPER HERO SECRET WARS! You think Wade wasn't there? You think he hadn't even been invented yet? Think again! He's on Battleworld, and he even has his own secret shield! He isn't on that other Battleworld, though - only his ghost is. But Deadpool's widow Shiklah can wage war better than Sgt. Fury - and she has her own monstrous Howling Commandos! Plus: Deadpool vs. Brute Force! Collecting DEADPOOL BI-ANNUAL #1, DEADPOOL'S ART OF WAR #1-4, DEADPOOL'S SECRET SECRET WARS #1-4 and MRS. DEADPOOL AND THE HOWLING COMMANDOS #1-4.
Parental Advisory