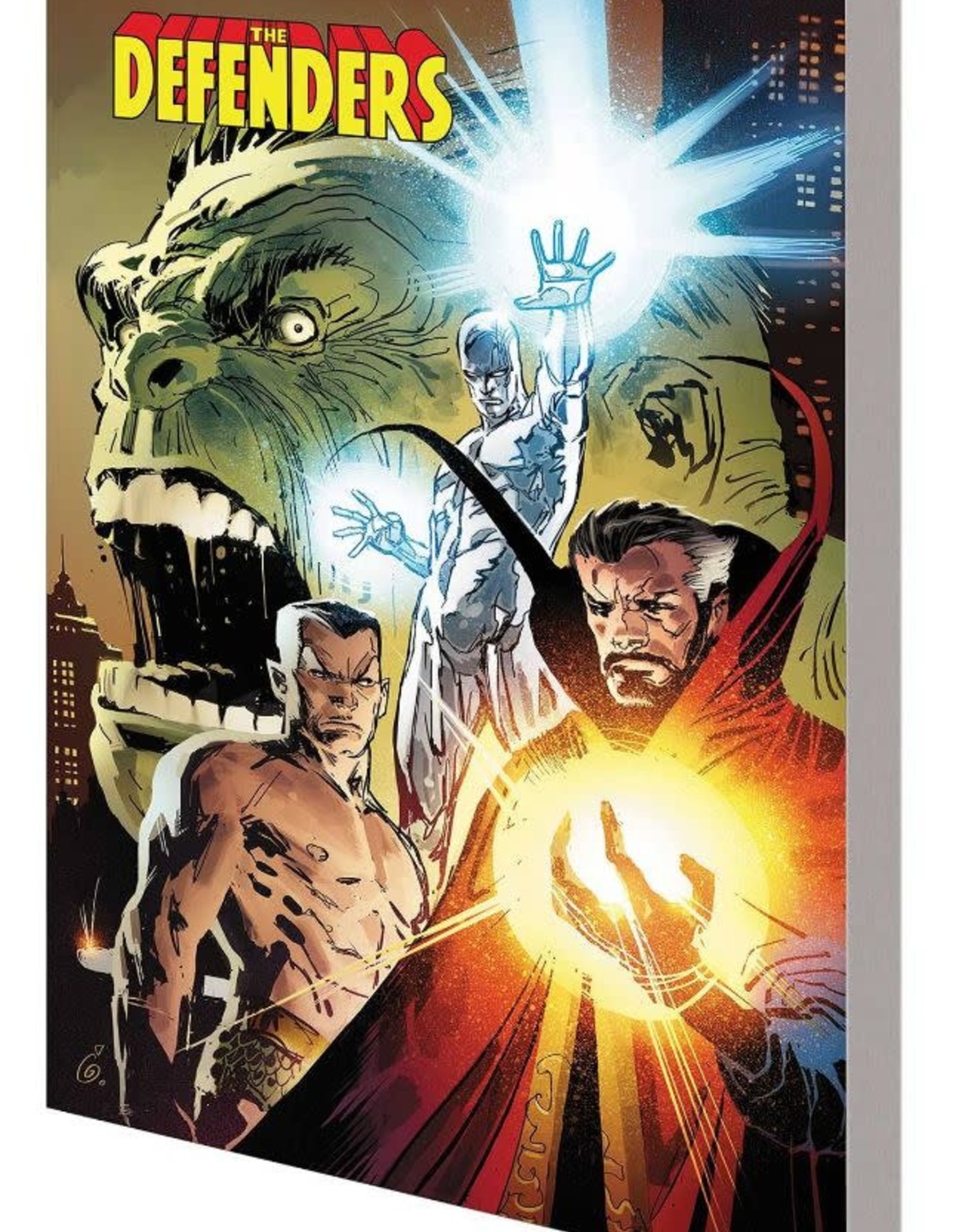 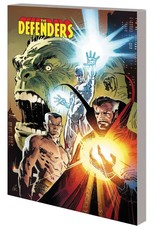 Doctor Strange! The Hulk! Namor, the Sub-Mariner! The Silver Surfer! An unsolvable murder. An aquatic doorway to nothingness. A wanderer at the end of time. And a cosmic train of planetary proportions. Four seemingly unrelated events that will require the powers and insights of the greatest non-team of all. Only they can connect the dots and challenge the strange power behind these disconnected happenings before all of reality pays the price! But Doctor Strange is...dead? Namor has declared war on the surface world! The Surfer once more serves Galactus! And the Hulk is...Immortal! Estranged and distressed, can these former allies come together in time to stave off a crisis of cosmic proportions? Don't call them a team - call them the Defenders! Collecting IMMORTAL HULK: DEFENDERS, NAMOR: DEFENDERS, DOCTOR STRANGE: DEFENDERS, SILVER SURFER: DEFENDERS and DEFENDERS: THE BEST DEFENSE.
Rated T+