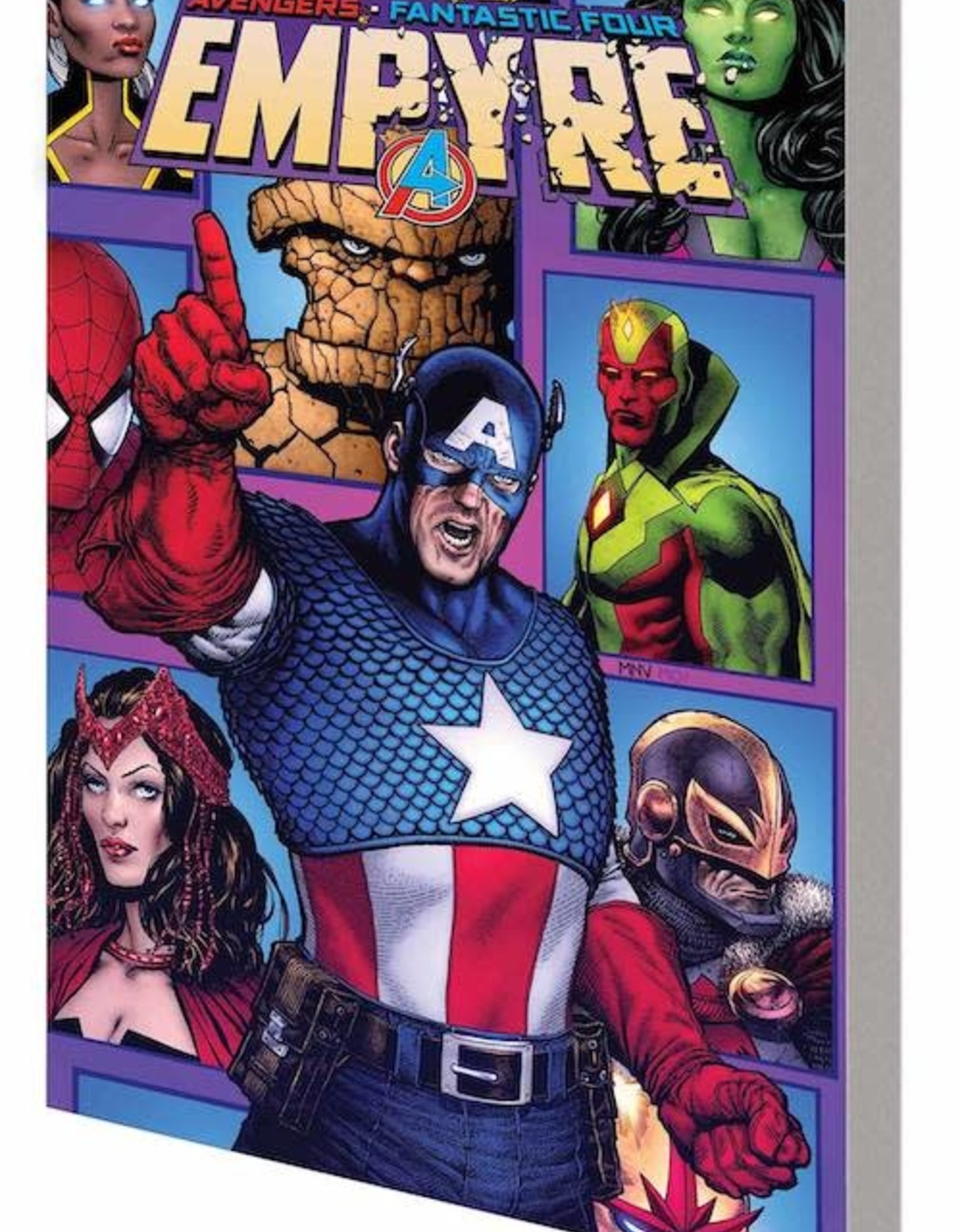 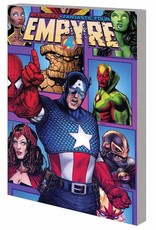 (W) Philip Kennedy Johnson, Jim Zub (A) Ariel Olivetti, Carlos Magno (CA) Steve McNiven
When the united Kree/Skrull army targets Earth, Captain America sends out a call for heroes! But which Avengers will stand to fight a war on three fronts? Old favorites like Scarlet Witch and the Black Knight will join new faces including Ka-Zar, Zabu and...the Man-Thing?! In New York, a villain from the past is supercharged with alien energy! In Mexico, old hatreds turn allies into enemies! And in the Savage Land, the soul of the jungle has been stolen - and Shanna the She-Devil's life hangs in the balance! Meanwhile, Cap himself stands on the front lines! With his back against the ropes, Steve Rogers reaches out for aid - but is there anyone left to battle by his side? Prepare for mystery, magic and mayhem in the Mighty Marvel Manner - Avengers Assemble! Collecting EMPYRE: CAPTAIN AMERICA #1-3 and EMPYRE: AVENGERS #1-3.
Rated T+