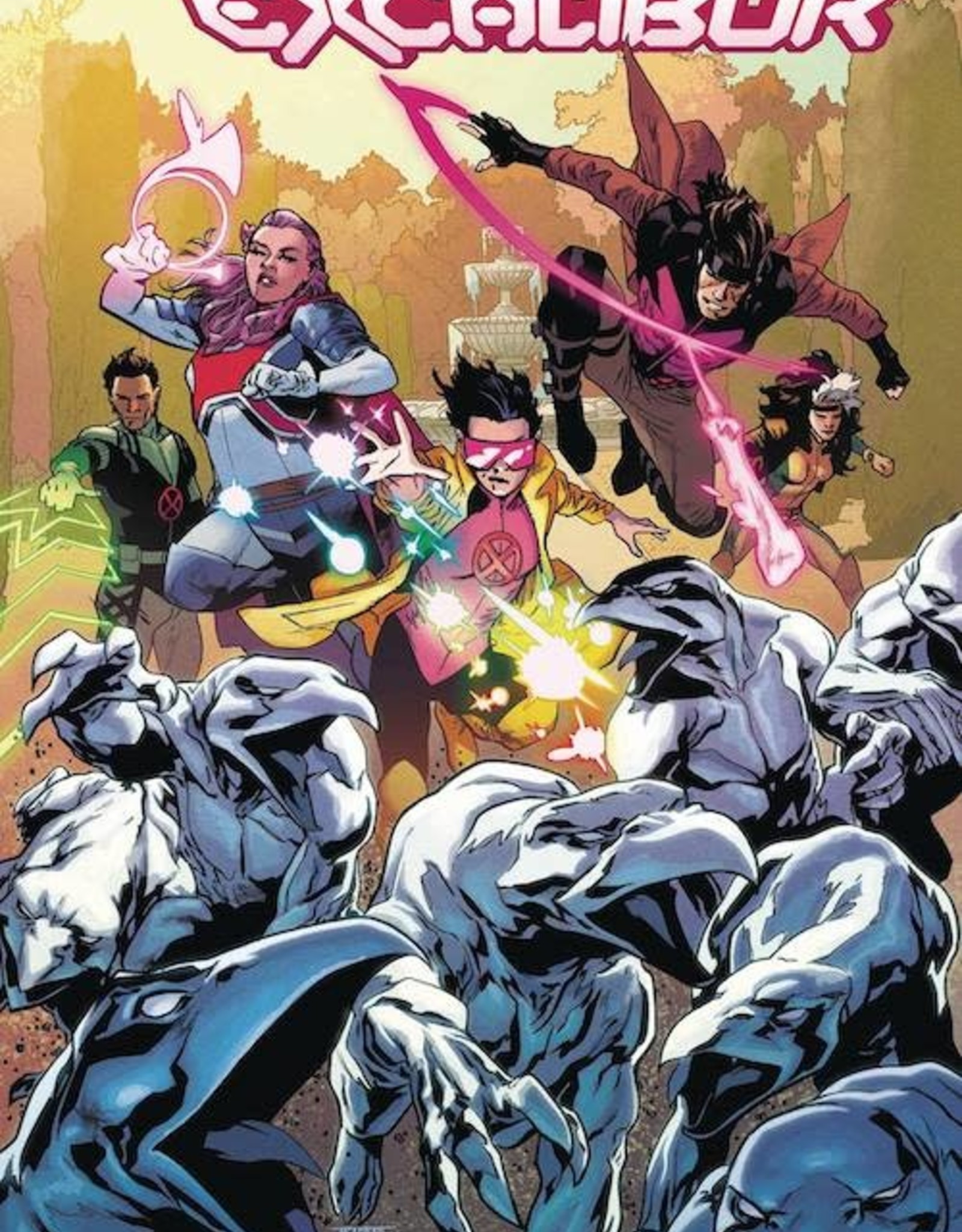 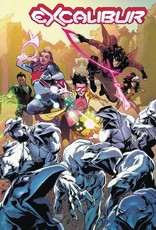 (W) Tini Howard (A) Wilton Santos, Marcus To (CA) Mahmud Asrar
Captain Britain, Gambit, Rogue, Jubilee and Rictor are the new Excalibur! Together they're about to face an old foe! Only this time they are the hunters - and the Warwolves are the game! The team has just been baptized by fire in a bloody and brutal struggle against Morgan Le Fay - and though Otherworld, the source of Captain Britain's power, has been liberated from Morgan's magical clutches, many threats remain! Excalibur begins a journey to the mystical Starlight Citadel - but why is London burning behind them When the Citadel commits an act of war, Excalibur must respond! Torn between Otherworld, Britain and Krakoa, Betsy Braddock will make her hardest decision yet. And deep in Otherworld, Apocalypse forges ahead toward his ultimate goal. Collecting EXCALIBUR (2019) #7-11.