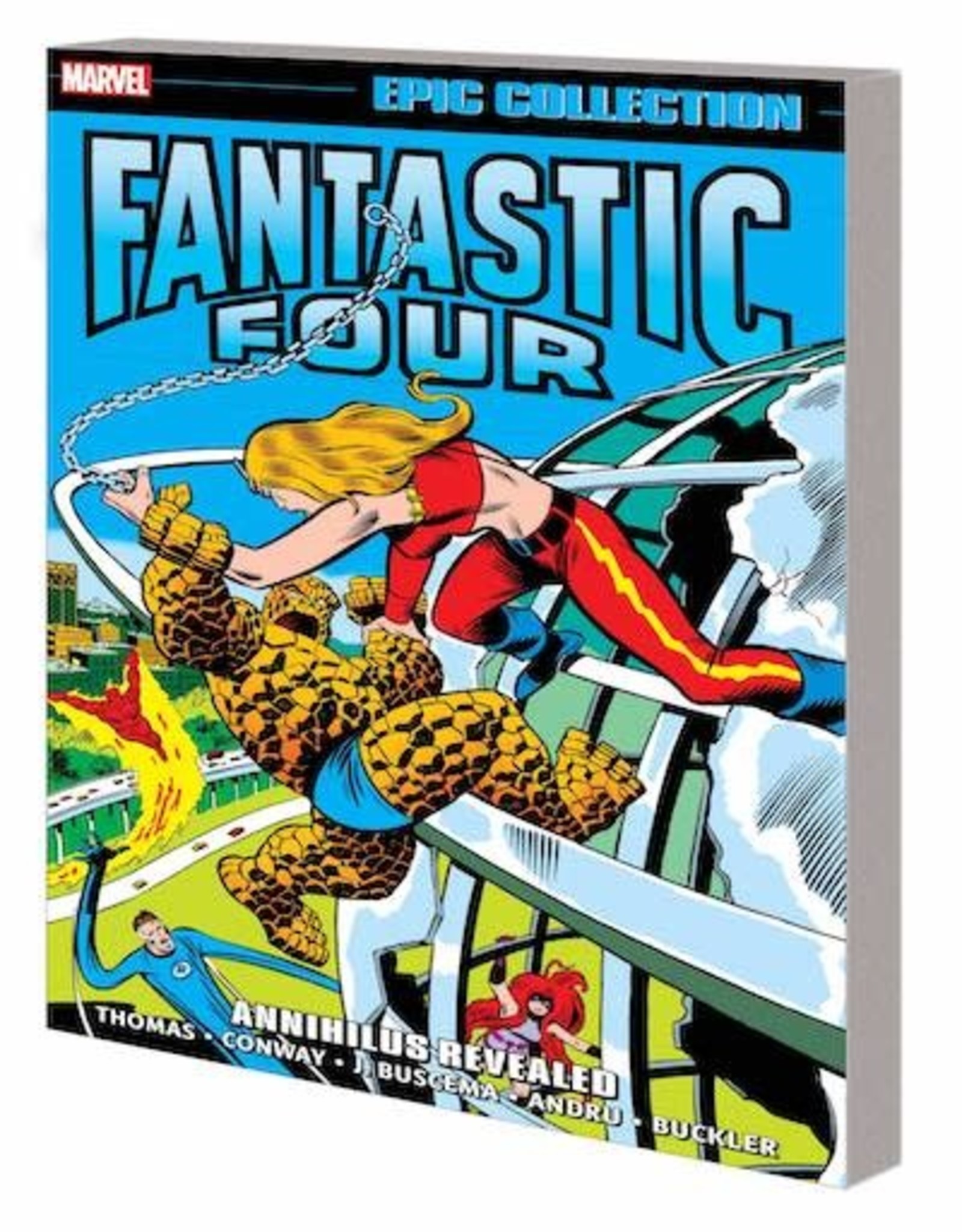 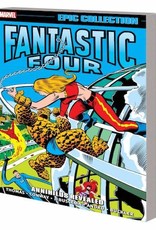 (W) Roy Thomas, Gerry Conway (A) John Buscema, Various (CA) John Buscema
FANTASTIC FOUR enters a new era as Roy Thomas and Gerry Conway take the reins! And Thomas begins where it all began - with the Mole Man! - this time paired with Kala, Queen of the Netherworld, and topped off with a retelling of the FF's origin. The drama remains at its peak as the Human Torch's relationship with Crystal runs head-on into Quicksilver! Meanwhile, the Frightful Four launches a surprise attack that pushes Reed and Sue to the breaking point. In the aftermath, Medusa will become the FF's newest member! Then it's into the Negative Zone for the origin of Annihilus! Also featuring a new look for the Torch, classic battles with Thundra and the Hulk, the return of Doctor Doom and the world's creepiest babysitter, Agatha Harkness! Collecting FANTASTIC FOUR (1961) #126-146 and GIANT-SIZE SUPER-STARS #1.
Rated T