Fantastic Four Epic Collection TP Vol 23 Nobody Gets Out Alive 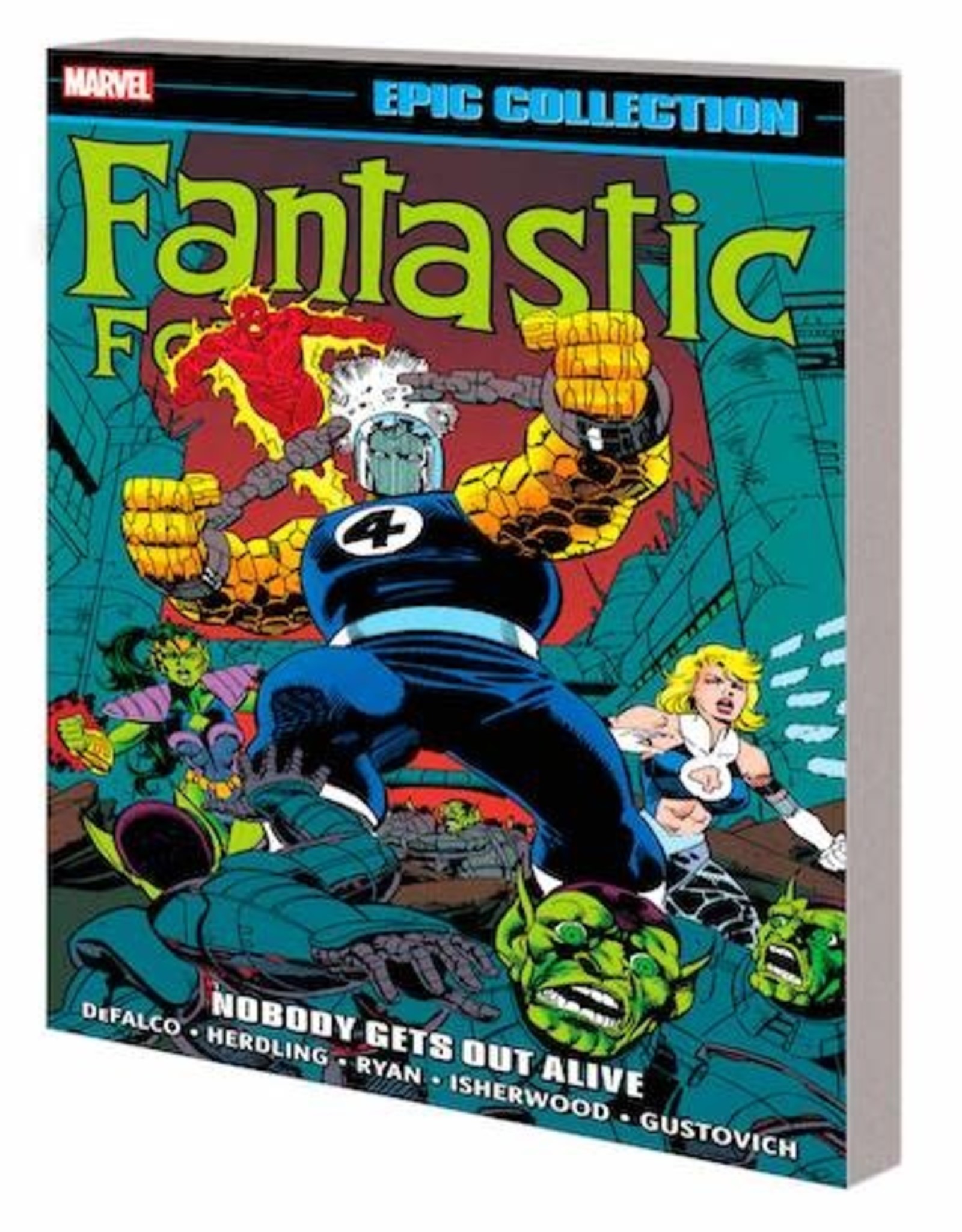 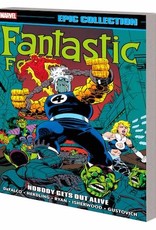 (W) Tom DeFalco, More (A) Paul Ryan, More (CA) Paul Ryan
Four no more! One member of the FF is about to die - but will it be at the hands of Paibok the Power Skrull, Devos the Devastator or Doctor Doom?! The remaining "Fantastic Three" don't have long to grieve before they're whisked away to the Skrull Throneworld! If they can fight their way free, the trio may become a quartet again - with potential members including Lyja the Lazerfist, the teenage Franklin Richards and Ant-Man! As Malice strikes, the FF must aid Namor in a bizarre battle against alien foes. Then, the Watcher banishes the team to an alternate world where they relive their initial encounter with Galactus! What is the Watcher's endgame? Who is the mysterious Dark Raider? And is this the end of the FF?! Collecting FANTASTIC FOUR (1961) #377-392 and ANNUAL #27, NAMOR THE SUB-MARINER #47-48 and FANTASTIC FOUR ASHCAN EDITION.
Rated T