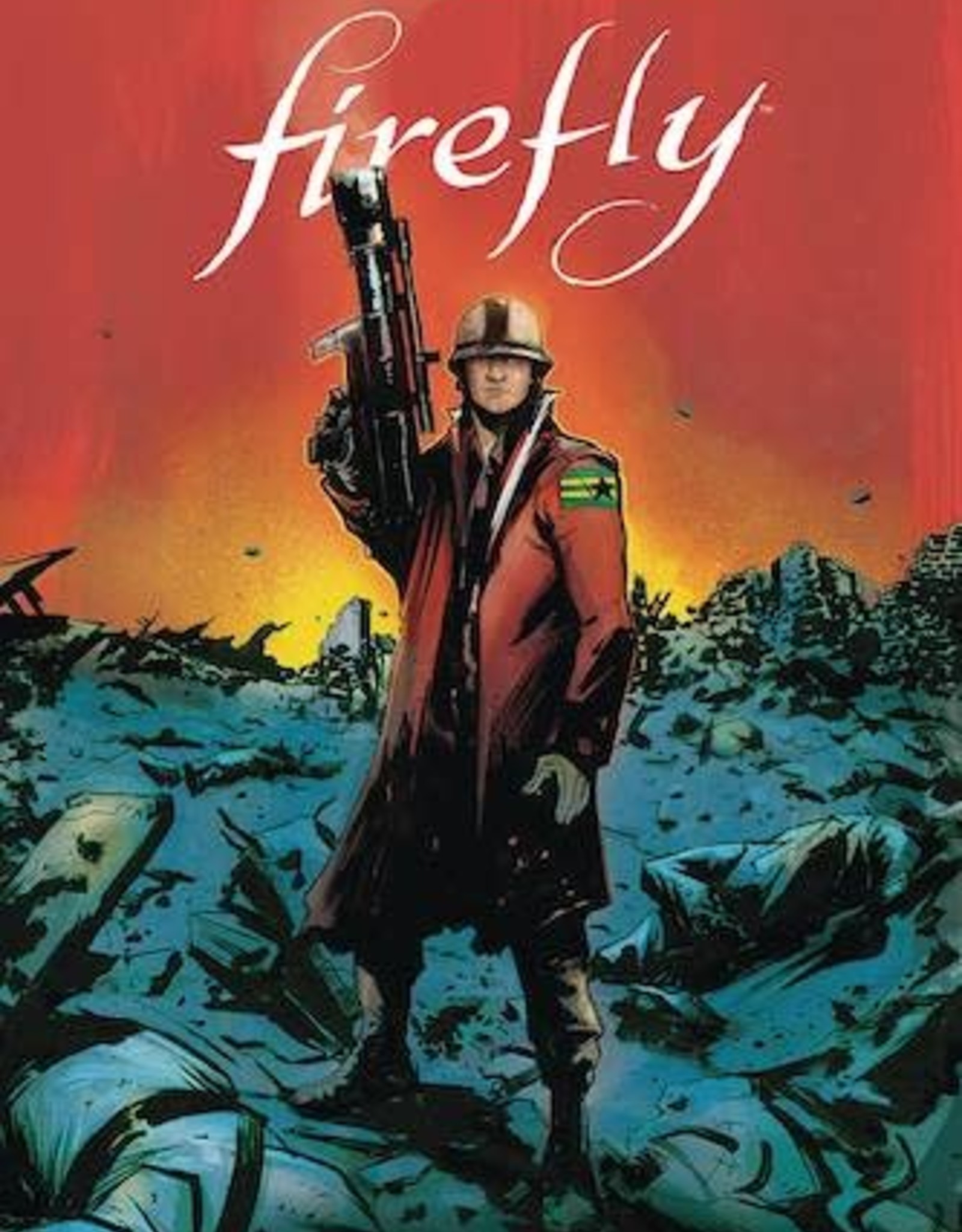 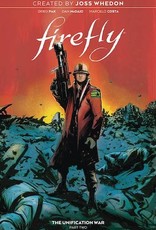 (W) Greg Pak (A) Dan McDaid (CA) Lee Garbett
The truth behind the Unification War continues to be revealed as Captain Malcolm "Mal" Reynolds and his First Mate Zoe Washburn are arrested for crimes committed during the Unification War by the mysterious Boss Moon and her Unificators!

But their escape from captivity might land them in even greater danger, as secrets are revealed and nothing will ever be the same for the crew of Serenity!