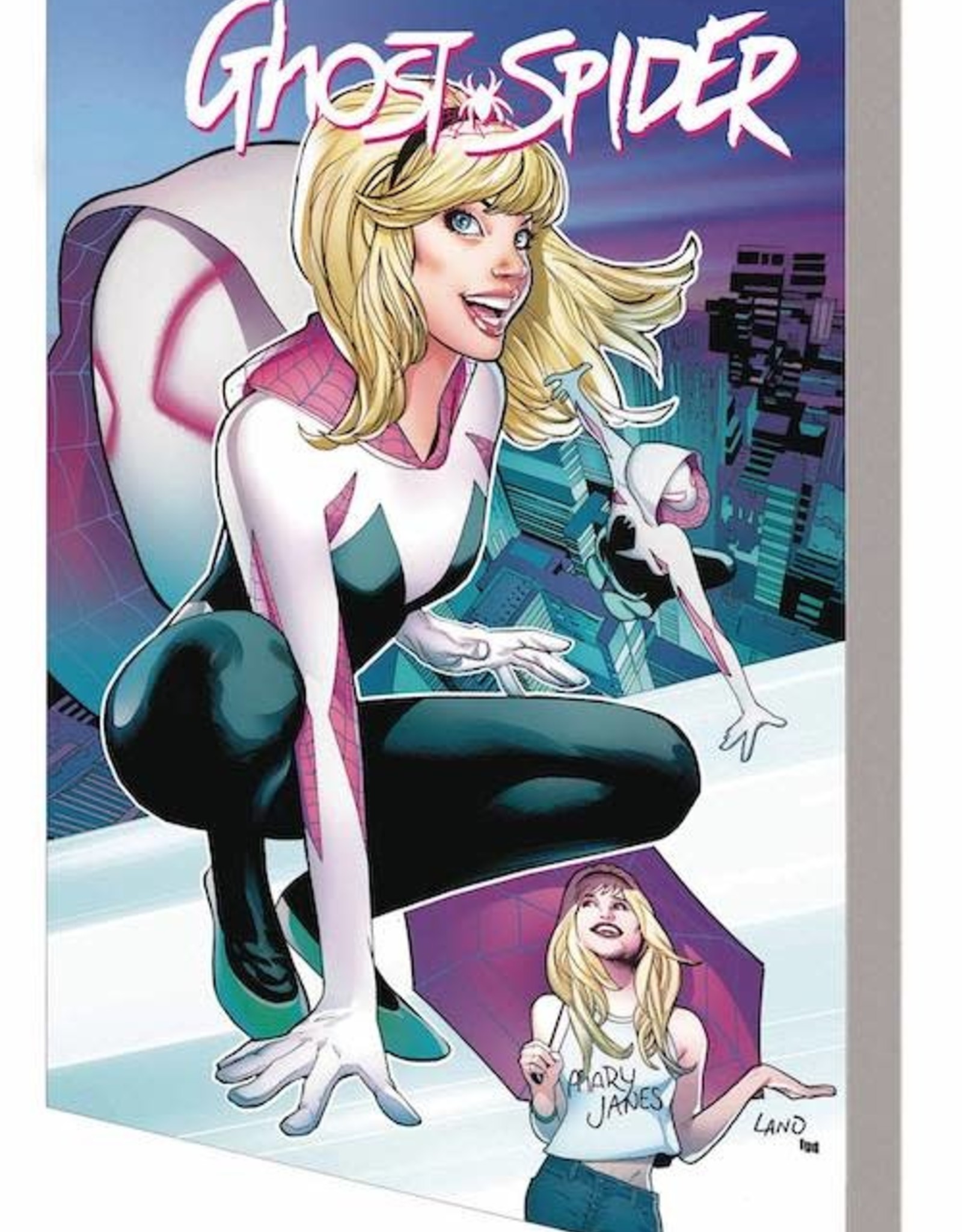 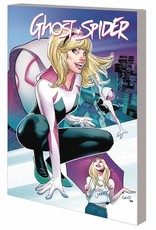 (W) Seanan McGuire (A) Ig Guara, Rosi Kampe (CA) Greg Land
Gwen Stacy lives two lives! Hopping back and forth between her home of Earth-65 and the mainstream Marvel Universe, she's the happening hero known as Ghost-Spider! But two worlds means twice the problems, and Gwen's about to answer the question nobody even thought to ask: Whatever happened to the Susan and Johnny Storm of Earth-65?! Then, rock 'n' roll dreams come true as Gwen takes her band, the Mary Janes, on a rip-roaring multiversal concert tour! But not all those watchful eyes belong to starstruck fans. There's something symbiotic and sinister stirring in the Marvel Universe. Ms. Stacy was already jailed once on Earth-65 for her super hero activities - and now she's about to be outlawed in the Marvel U! But what exactly is the alternate-reality Reed Richards, the Machiavellian Maker, up to on her homeworld? Collecting GHOST-SPIDER #6-10.