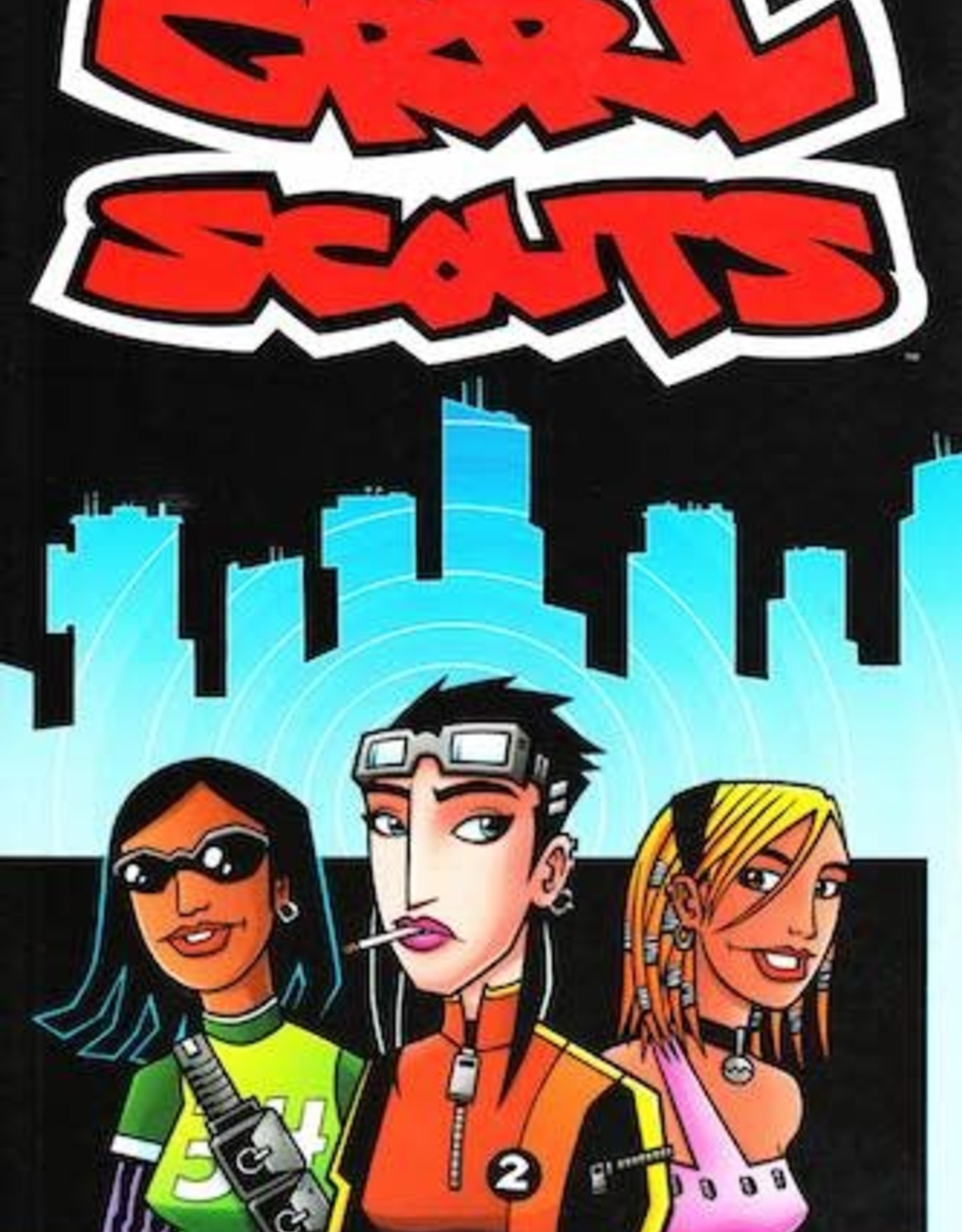 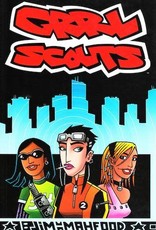 (W/A/CA) Jim Mahfood
THE CONCEPT: The original Grrl Scouts mini-series is back!!! This collection reprints the original Oni four-issue mini-series that put hot indy creator Jim Mahfood on the map!
THIS COLLECTION: Cute, independent, and full of attitude, Gwen, Daphne, and Rita are three girls doing what they have to do to survive in big bad Freak City. From expressing themselves through graffiti or cutting loose on the dance floor, the party is always raging- that is, until the Brotherhood of the Cracker catches wind of the good time and decides to crack down. The Brotherhood is an evil alliance that controls the world's power structure from behind the scenes, and they don't like the Grrls hoarding in on their business. Before they know it, the Grrls are being hunted by assassins and are on the run for their lives. From the comic shop to homogenized suburbs and the ivory towers of corporate greed, Grrl Scouts is an action-packed, hip hop comics adventure that attacks society with both fists and never stops punching. This collection features a bonus sketchbook section and guest pin-ups from some of the coolest creators working in comics, including: Adam Warren, Scott Morse, Mike Huddleston, Kelley Seda, Andi Watson, Chynna Clugston-Major, Troy Nixey, Judd Winick, Mike Allred, Duncan Fegredo, and Christine Norrie.