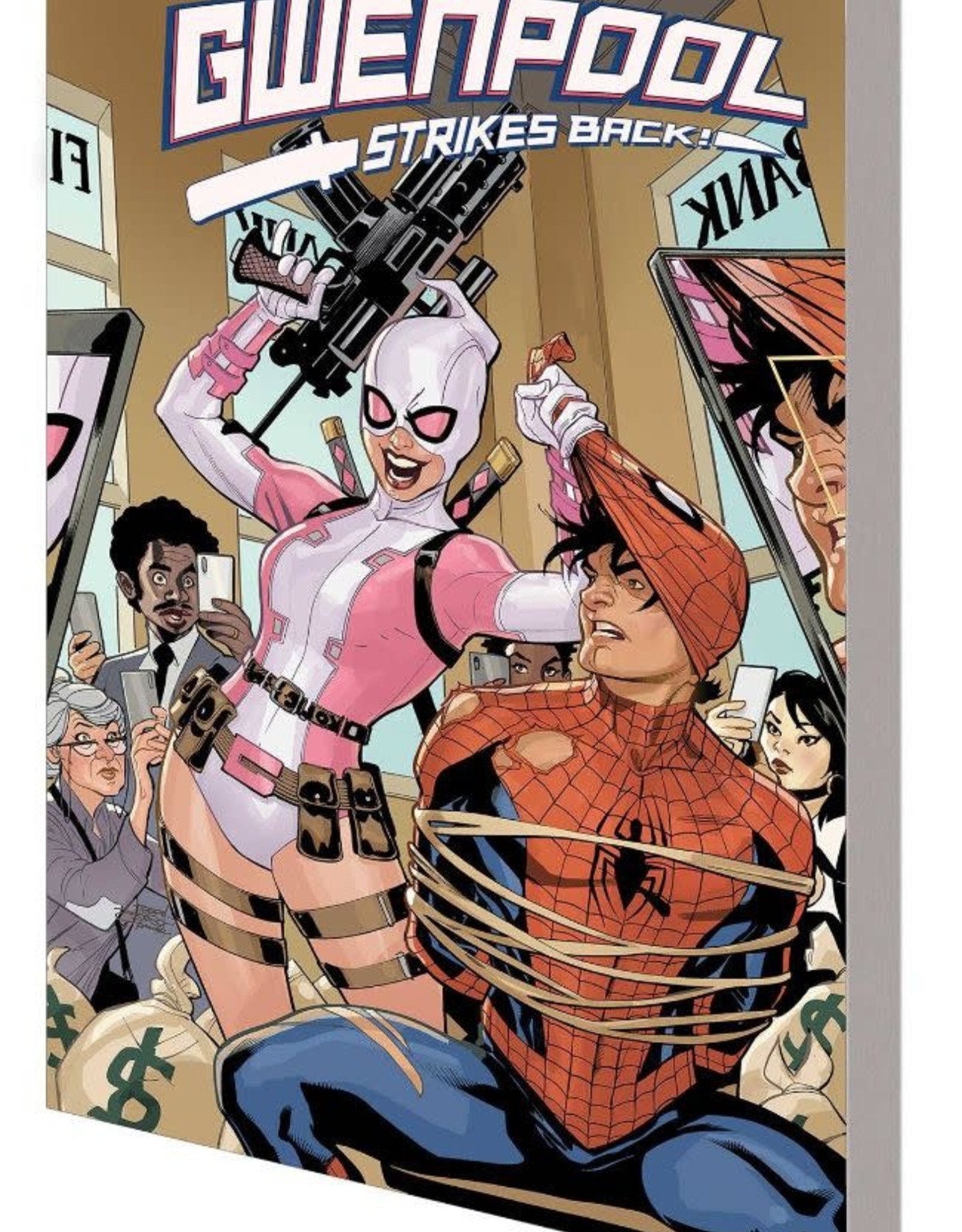 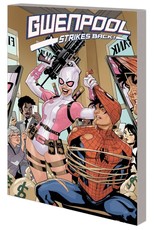 Everyone's favorite comics fan turned comics character is back! Fresh from her stint as a West Coast Avenger, Gwen Poole is desperate not to disappear into comic book limbo, so she's determined to make an impact on the Marvel Universe! First up: unmask Spider-Man! Then, home-wreck the Fantastic Four! And while she's at it, why not defeat the Immortal Hulk and lift Thor's hammer, Mjolnir! But as Gwen's mad rampage continues, will we - and she - finally learn the truth about her origins? Is this Gwenpool's greatest retcon yet? Either way, Gwen knows she needs to go big - or go home! Buckle up, strap in and get ready! This is officially the greatest sequel with "Strikes Back" in the title that's ever been made! Collecting GWENPOOL STRIKES BACK #1-5.
Rated T+