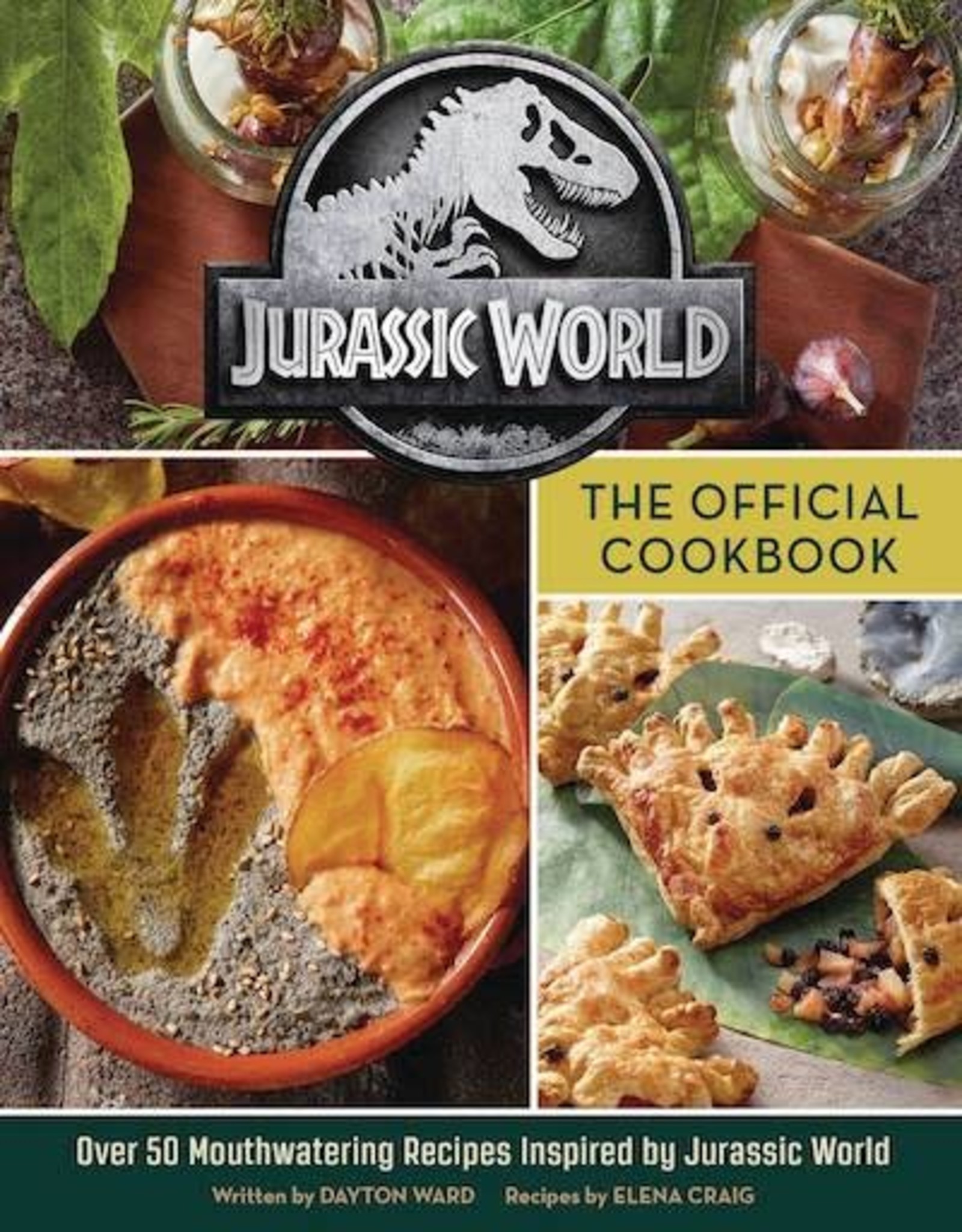 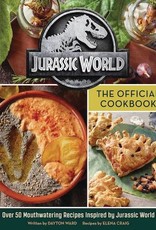 (W) Dayton Ward (A) Jesse J Holland
Based on the blockbuster film series, this official in-world cookbook takes you
straight to Isla Nublar and serves up some mighty meals inspired by the T.
rex, velociraptors, and other unforgettable dinosaurs of the Jurassic World
film series.
Lunch finds a way with this deluxe cookbook inspired by the epic films of Jurassic Park
and Jurassic World. Designed to look like an in-world souvenir sold at the park, this
colorful cookbook features approachable at-home recipes for treats and dishes inspired
by the different regions of the iconic park-and the miraculous dinosaurs that live
there. Cook up some Tricera-tots from the Triceratops Territory. Nosh on some Grilled
Shark Skewers inspired by the Mosasaurus Show. And for those whose appetites run to
the truly gargantuan, try the T. Rex T-Bone-the king of all steaks!