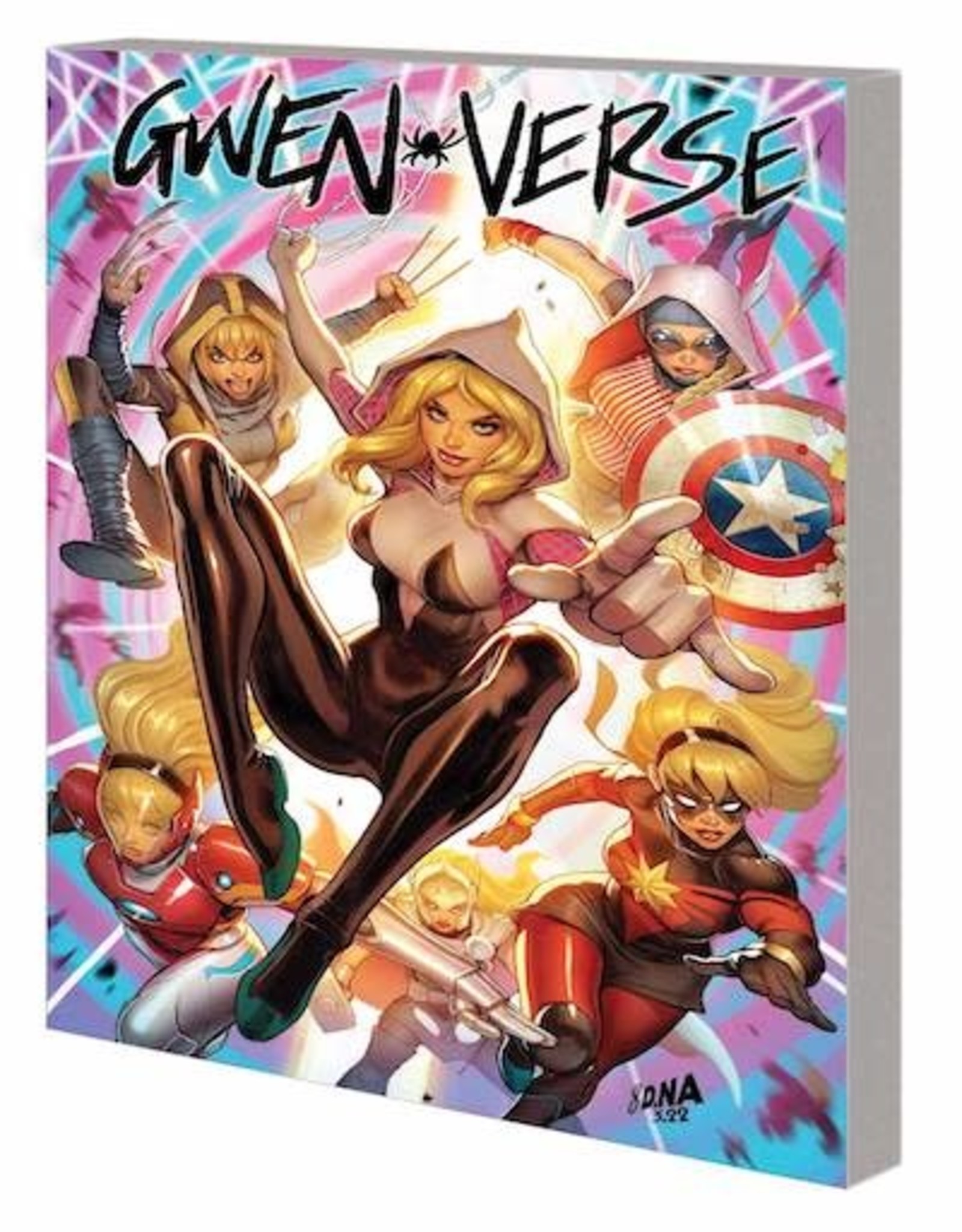 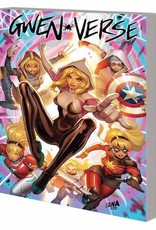 (W) Tim Seeley (A) Jodie Nishijima (CA) David Nakayama
On Earth-65, Gwen Stacy was bitten by a radioactive spider, gained arachnid-like super-powers and started a crimefighting career as Spider-Woman. Now known as Ghost-Spider, she's still affectionately known to her peers as Spider-Gwen! But what would have happened if she'd picked up the enchanted hammer Mjolnir instead? Or if she received the Super-Soldier Serum? Or built a high-tech suit of armor? Or...you get the idea! Well, you're going to find out! Gwen Stacy is about to face a unique journey of self-discovery across time and space, never quite knowing which reality or time period she's just landed in - or which version of herself she'll be meeting next! Who is behind all this chaos? And when the Night-Gwen of HEROES REBORN returns, will she be friend or deadly foe? The answers lie... in the Gwenverse! Collecting SPIDER-GWEN: GWENVERSE #1-5.
Rated T+